Obediah, known as “OG” Baker, was born in Nansemond County (now the city of Suffolk). He was a dedicated and faithful deacon of Mount Sinai Baptist Church.  Obediah was predeceased by his wife, Thora Blizzard Baker. 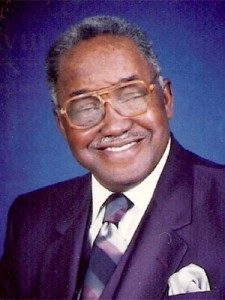 At his death, he was the oldest member of Holland Masonic Lodge No. 256, since 1937, and held the longest membership in the state of Virginia. He was a bricklayer and farmer for over 40 years. He leaves to cherish his memories: two daughters, Barbara Aultman (Alan) and Thora Jean Walden (Monte Sr.), of Suffolk; three sons, Wardell (Helen), of Richmond, Obediah Jr. (Ida), of Woodbridge and Norris Sr. (Lillian), of Newport News; 10 grandchildren, eight great-grandchildren, one brother-in-law, three sisters-in-law and a host of nieces, nephews, other relatives and friends. A celebration of his life will be held at 1 p.m. Saturday, Oct. 9, at Mount Sinai Baptist Church, 6100 Holy Neck Road, Suffolk, VA 23437. The final care of our loved one has been entrusted to the staff of Crocker Funeral Home, 900 E. Washington St., Suffolk, VA 23434.