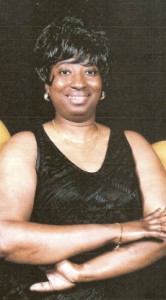 Jacquelyn J. Young, 58, of 2113 Kentucky Ave., Suffolk died Thursday, Oct. 7, 2010 in Sentara Norfolk General Hospital. She was a native of Suffolk and the daughter of the late Richard Holland and Dorothy E. Jennings. She was also predeceased by a sister, Marion Waters, and a brother, Leon Jennings.

She was employed with the Suffolk News-Herald newspaper.

A funeral service will be held at 1 p.m. Thursday, Oct. 14, 2010 in the chapel of Crocker Funeral Home, officiated by Travis Parker and eulogy by Bishop Raymond Worrell. Interment will be in Carver Memorial Cemetery. Crocker Funeral Home is handling the arrangements. Condolences may be extended to the family at www.crockerfuneralhome.com.