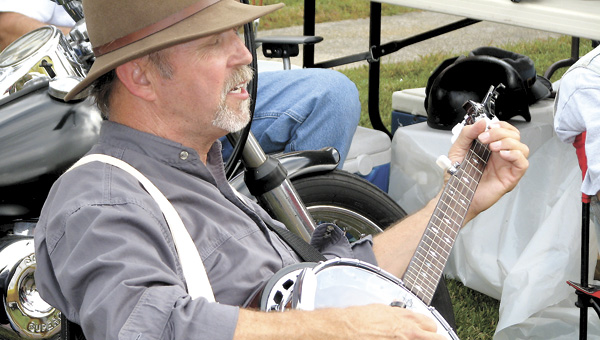 Events at the upcoming Driver Days festival will pit the North against the South, raise money for good causes and bring hometown entertainment acts to the small Suffolk village.

“It’s just a good ol’ down-home country festival, and it’s free,” said Ken Parsons, a Driver business owner who organizes the festival. “It’s a great social meeting place. You see a lot of people in the little town that you run into, and I think that’s what so many people like about it.”

This year will include two events that were new last year, and turned out to be wildly popular — a hotdog-eating contest and Civil War demonstrations.

“The Civil War reenactment was very strong,” Parsons said. “Last year was our first year with it and we had about 20. Now, we have 50. We treat them very well and so it’s drawn a lot of people in.”

The reenactment will include cannons and demonstrations about Civil War life.

“We would love for more applicants” for the public hotdog-eating contest, Parsons said. Cash prizes will be awarded for the top two finishers, with the third-place winner receiving assorted prizes and coupons.

Another favorite part of the event is the Sherri Parker Memorial Poker Run Bike Show. The ride is in honor of Parker, who was killed in a motorcycle wreck 10 years ago, Parsons said. Proceeds from it benefit the Sherri Parker Memorial Fund, Inc., the Suffolk Humane Society and the Driver Volunteer Fire Department. Registration is from 9:30 to 11 a.m. at Bayside Harley Davidson in Portsmouth. The bikes will stage at Sleepy Hole Park in Suffolk at 12:30 p.m. to ride into Driver at 1 p.m. Bike show registration in Driver is from noon to 2 p.m.

The perennial favorite parade will begin at 10 a.m. Saturday, and include the Nansemond River High School marching band, as well as antique cars, golf carts, dance studios and more.

Musical acts at the festival will include Lisa Glasscock Miller, who grew up in Suffolk and has since moved to Staunton. With Kevin Chisnell, she performs acoustic rhythm guitar and lead vocals. Chisnell plays the harmonica and also contributes his voice. They mostly play in Central Virginia and the Shenandoah Valley but are coming back to Miller’s hometown.

“Here comes a hometown girl back to sing,” Parsons said.

For more information on any of the events, visit www.driverevents.com.

Trucks and tractors take the field