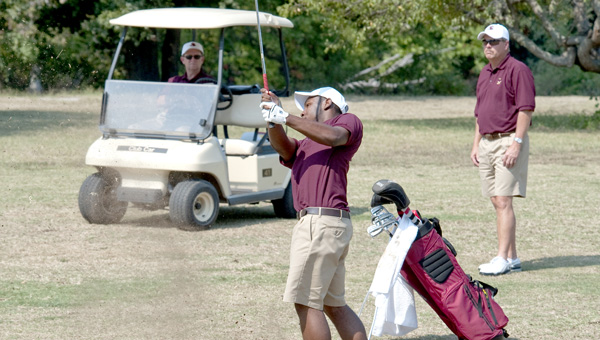 Hunter swings: Apprentice freshman and Lakeland alum Ben Hunter, here in a tournament earlier this season, won the United States Collegiate Athletic Association National Championship with rounds of 70 and 74 to finish even par and seven shots ahead of the field Monday and Tuesday in State College, Pa.

Hunter, a freshman at the Apprentice School, fired rounds of 70 and 74 to finish even par and seven shots ahead of the rest of the field.

Hunter’s the second Builder golfer to win a USCAA national championship and his 144 total tied the school record for a 36-hole event. Hunter tied the record held by Builder assistant coach B.J. Maben. It was the second individual tournament win of the fall for Hunter.

Apprentice finished third overall in the 14-school field. The Builders have one more event on their fall schedule, a tournament at Guilford College Oct. 25-26.