Two retired educators are vying for the Holy Neck School Board seat up for grabs this November.

Copeland is a retired educator from Suffolk Public Schools. He graduated from Nansemond County Training School, now Southwestern Elementary School, and his son also graduated from the system. 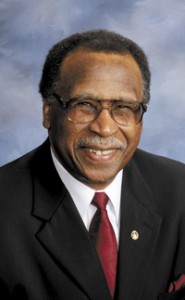 Since his retirement, he has been active in the community as a leader at Laurel Hill United Church of Christ, a life member of the NAACP and a member the Portsmouth/Suffolk Alumni Chapter of Kappa Alpha Psi Fraternity.

He served a term on the Suffolk City Council as vice mayor from 1978-82, was re-elected for another term in 1986-90 and has been a School Board member for one term.

He is running for his seat again because “I feel the task before us has not been completed and that is to make certain an elementary school is constructed in the Holland area and that Whaleyville receives a renovated elementary school,” Copeland said. “These are the two objectives I still have on the table. I had them four years ago, and they’re still on the table.”

“When you’re a School Board member, you’re something like a Council member,” Copeland said. “You can’t say I’m just for education. It’s not that simple. You have to look at things from a total picture. Education is dependent on the economic conditions of the city.”

When asked what he thought about how schools did meeting Adequate Yearly Progress benchmarks, he feels a key to bringing scores up is parental involvement.

“[The Board] needs to become responsible for all facets of the education system,” Copeland said. “It’s obvious our parents need to be more connected to the schools. That’s where [education] begins — at home. The students we need to address are the ones whose parents aren’t in that category, and they’re causing the problems in the scores we might see in AYP. If we don’t get to them early on, we’re talking about a drop-out later down the line.”

He added that he has “nothing but praises for the teachers” who are “doing the very best they can.”

When asked what he was most proud of in the school system, he said it was his mission to ensure all schools had the Early Start program in their buildings.

He added he was proud to be a product of the system and “pleased” with the achievement level of the students.

If re-elected, he said he hopes to see more discipline at the schools, parents connecting with the administration and more cooperation between the City Council and School Board.

Owen retired in 2009 after 45 years of teaching and administrative experience in Suffolk Public Schools, Nansemond-Suffolk Academy and Isle of Wight Public Schools.

In his retirement, he is an adjunct faculty member at Old Dominion University. His civic involvement includes serving as the secretary for the Virginia High School League Foundation Board, chairman of the Sentara Obici Therapy Dog Program and a member and former vestry member of St. Paul’s Episcopal Church. 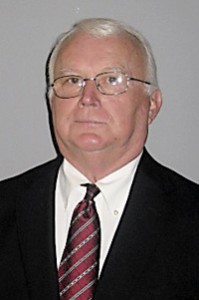 “After 45 years, I can honestly say I have enjoyed my career,” Owen said. “It was never a job. It has always been a passion for me, and I want to continue that. Having recently retired, I feel I can bring fresh ideas and my experience managing an [institution] to the table to aid the board’s current efforts.”

His position on building a new school, given ideal circumstances, would be to replace Robertson and Southwestern elementary schools by building two modern, village schools.

“But if City Council has said and maintains its position to only build one school, I feel it should be between the two communities,” Owen said. “I have two grandchildren in the system, and if they were at those two schools, that’s what I would want to be done. You have to look at what is best for the entire community.”

Owen added that one of his biggest concerns in the building of the school or schools is that it be an up-to-date, modern facility with the same technology other other students have.

When asked his position on how students did meeting AYP benchmarks, Owen gave credit to recently-retired superintendent Milton Liverman and his staff for the steps taken to improve standings.

He feels that as a grandfather of a child with special needs, more realistic expectations need to be set for the students. Staff development and curriculum should continue to be updated in areas where students are struggling, he said.

“Committees should be established to take a look at what needs improvement,” Owen said.

As a past SACS-KC evaluator, he visited and spent time in the hallways of Suffolk and other Hampton Roads schools. Something he is most proud of at Suffolk Public Schools is the way the students conduct themselves, he said.

He also feels the administration has done a good job to the keep schools safe and is supportive of the vocational programs at the Pruden Center for Industry and Technology.

“I’d like to see continued advances in the excellent technology programs at the schools,” Owen said. “It will help our students continue to compete on a national level.”

He added he’d like to see continued steps to increase safety at schools and more students continuing their education.

Coalition living up to its name

A newly-formed coalition made recommendations to the School Board on Thursday night that it hopes will put a dent in... read more