Holy Neck voters on Nov. 2 will find two choices on their ballot to fill their City Council seat.

Incumbent Jeffrey Gardy is defending the chair against challenger Jennings “J.B.” Varney. The two have differing opinions on the subject of a replacement school for two elementary schools in the area.

Gardy has been a member of City Council since 2006. He graduated from Hampden-Sydney College and the T.C. Williams School of Law at the University of Richmond. He represents the city on the Western Tidewater Water Authority.

Gardy has practiced law in Suffolk since 1966 and currently is with the firm of Johnson, Gardy and Teumer. In his law practice, he handled zoning issues for various entities, which first got him interested in city government. 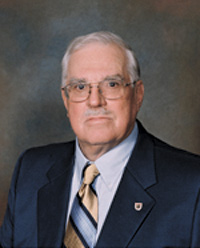 “I’d been on the other side for 40 years,” Gardy said. “When you’re doing zoning, you’ve got to be familiar with the workings of your government.”

Gardy prides himself on the city’s ability to complete several projects during his four years on Council.

Gardy also mentioned what he sees as the city’s financial responsibility.

“I’m proud of the fact we’ve been fairly frugal and conservative in Suffolk,” he said. “We’ve had our credit ratings go up in this downturn. We had no job loss and level funding for the schools. We have done this because of planning.”

Gardy’s running again because he has “some things I really haven’t been able to finish,” he said. Chief among them is a new elementary school to serve students who currently attend Southwestern and Robertson elementary schools.

“It would be wonderful if we could build two, but it’s just not feasible,” Gardy says, admitting he would like to see it in his borough. “In all honesty, it would be nice to have in Holland.”

But, he adds, anywhere would be fine, “if it meets the criteria.”

“I just want a school,” he said. “Southwestern just got sued for mold. It’s got to go. It’s getting more critical every year.”

Gardy’s philosophy on the council’s involvement in the site selection process is that it’s primarily the duty of the School Board, but “City Council has about a $16 million dog in that fight,” Gardy said. He said directing city staff to search for a school location was the right choice because “that’s what they’re there for, I thought.”

Gardy also highlighted the number of developments that are slated for the U.S. Route 58 corridor, bringing jobs with them.

Varney is a retired teacher who graduated from Old Dominion University with a bachelor of science degree in marketing education. He also did graduate work in public administration at Virginia Tech. He also served four years in the U.S. Army Security Agency, where he was a military advisor in Vietnam.

From 1984 to 1987, Varney was on the Board of Supervisors of Botetourt County, where he served as chairman and vice chairman. He also was on construction committees for a courthouse and library there. 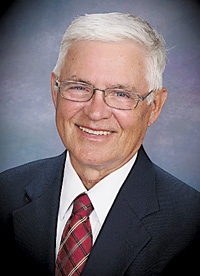 Varney first got involved in government in Botetourt County because of the schools, he said. Now that he’s here in Suffolk, education is once again a big reason he’s running.

“When you’re used to burning your candles at both ends, it’s hard to sit there and watch the grass grow,” Varney said. “I felt like I could use my talents and experiences for something I take great interest in.”

Varney takes a different approach than Gardy to the school problem. He would like to see a new school built in Holland and renovations done to Robertson to make it last.

“I’m concerned about taking kindergarten students and putting them on a bus for over an hour,” Varney said.

He also favors small schools for the sense of community pride and other intangible benefits, he said.

“People want to take pride in their community,” he said. “There may be some efficiencies, but you lose a lot of things, too. I’m not in favor of big schools.”

Varney also thinks the City Council should keep out of the site selection process as much as possible.

“The school location is really the School Board’s decision,” he said.

Varney said the folks he’s talked to on the campaign trail have complained they never get a response from the city when they have problems.

“They don’t get phone calls back,” Varney said. “You can’t serve if you’re not willing to take care of people.”

Other concerns for Varney include adherence to the Unified Development Ordinance, traffic on U.S. Route 58, hunting regulations and the possible closure of U.S. Joint Forces Command.

Varney would like to help attract high-tech medical companies to North Suffolk if the command is closed.

“They would be a prime industry to come in and work,” he said. “There are jobs in the medical field.”

As a hunter, Varney feels council members “didn’t do their homework” on new rifle ordinances passed earlier this year.

“They need to do their homework on any issue,” he said.