Tickets on sale for KFHS competition 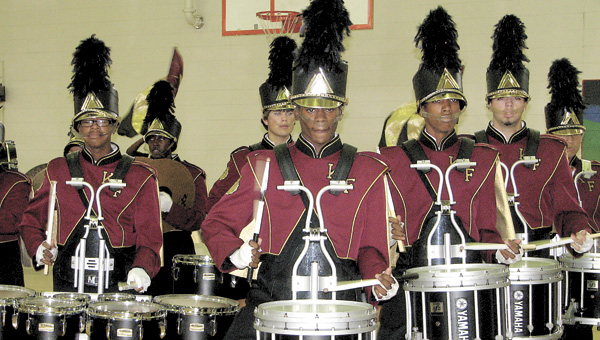 Since last year, Jason Taylor has been hard at work turning the traditional core-style band at King’s Fork High School to a high-step band and doubling its size.

The next step for the band was to host a competition.

King’s Fork High School’s Mighty Marching Bulldogs will host their first Kennel Classic on Nov. 6 at 4 p.m. Tickets are available in advance. Thirteen bands from Virginia and North Carolina will compete and three bands, including King’s Fork’s, will be on exhibition.

“This is our second season as a high-step band, and we did the competition this year to expose students to competitions and further introduce them to the high-step circuit,” said band director Jason Taylor. “It ended up being bigger than I even expected.”

Two bands with a bit of rivalry between them will be at the competition, playing on the same field for the first time in years, Taylor said.

Norfolk State University and Bethune-Cookman University will both be exhibitors after the tournament, before the results are announced.

“Bethune-Cookman is a big deal,” Taylor said. “They march 325 members and have performed for the Super Bowl, and Norfolk State University is — as everyone knows — a very reputable school for marching.”

“This is a great opportunity to see a show band,” Taylor said. “They play music from the ‘70s, ‘80s and ‘90s. It’s not just standard concert music. With more than 300 people out there, it’s a powerful sound. You can’t describe it. You have to be there to hear it yourself.”

Tickets are on sale for $10 each. Children 3 years old and under are free.

All proceeds from the event will go to help fund the band’s future trips.

“We’re really hoping to be able to travel this year,” Taylor said. “The band has already done quite well this year.”