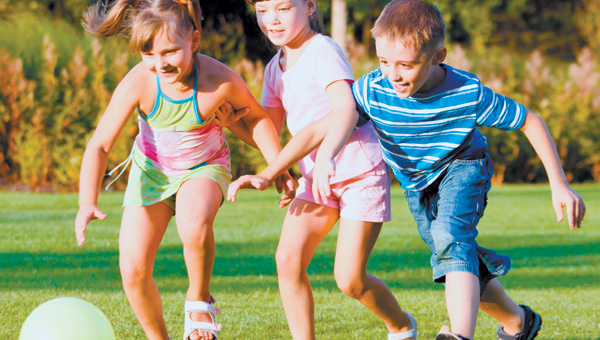 Settled at the end of a long driveway safeguarded by two lion statues sits an expansive brick building on 55 sprawling acres along Kenyon Road.

It was once the home of the Hampton Roads Youth Center and holds within its property lines a world of possibilities.

The YMCA of South Hampton Roads plans to make the most of those possibilities.

By next summer, the building and its surrounding property will host a world of summer fun for 400 children a day as a regional day camp and a center for community activities when camps are out.

“In a year from now when this is open, we hope to see this place as a hub of the community,” said Rick Matthews, executive director of the Suffolk Family YMCA. “We want to build a place kids can now go to build friendships and memories that they can take home with them and build on for the rest of their lives.”

The move toward building day camps is a reaction to the demand the YMCA experiences for its summer programs, said Charles E. Harris, president and CEO of the YMCA of South Hampton Roads, an umbrella organization that includes YMCA facilities in Suffolk and Franklin. There are currently more than 500 children enrolled in the Suffolk Family YMCA’s before-and-after school program, according to Matthews, and each of the region’s YMCAs offers summer camp programs that fill up very quickly. Those programs will continue to be offered, even after the new day camps are opened.

Kenyon Road will offer parents an alternative to the programs at the regular facilities.

A renovation of the facility began last summer.

Once full of walls to create rooms and living areas for troubled teens, the building is now laid out in three open sections – a large center room and a wing at each side. Each has separate access to the backyard deck and its surrounding barbecue pits.

There are mini-kitchen areas in each wing and a full-service and industrial kitchen located off the main area.

Within the central section is a hands-on learning library, a computer area and a private chapel.

But summer camp is all about fun, and the YMCA camp will offer plenty of it. Located on the property will be a water park, basketball courts, soccer fields, a community garden, a softball field, a zip line that children can use to move across the property, and an archery and “BB” rifle range further back on the property.

There also will be individual shelters outside for summer camp groups to be headquartered each day.

The facility and its improvements are expected to cost a total of $3.2 million, of which $2 million has already been raised, Matthews said. Having spent $1.9 million in June to buy the building, the YMCA is now campaigning to raise its final $1.2 million to finish turning the property into a regional day camp and family center.

“There is no greater investment you can make than in the development of our youth, helping people learn to live healthy lives at all ages and to teach, encourage and enable social responsibility,” Matthews said. “That is what we do, and that is what this building will be an extension of.”

Lady Saints tip off season to a good start