At least one convicted felon was working for a security company that provided services at an event that ended in a triple stabbing earlier this month, police said Monday. The city has suspended renting its facilities until officials can complete a full review of policies and procedures. 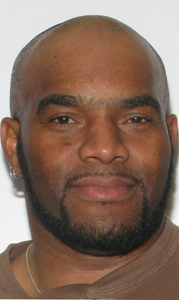 His company, Full Force Security, was working an event at Planter’s Club on March 5 where three people — one adult and two juveniles — were stabbed. Yamaine Elliott, 16, is charged in two of the three stabbings.

The incident happened at the Planter’s Club off Sleepy Hole Road a father rented the facility for a “Sweet 16” party for his daughter. However, according to Suffolk officials, tickets apparently were sold for the event at $5 in advance or $10 at the door.

About 10:30 p.m. that night, several fights broke out inside the building. Security guards escorted the problem-causing individuals outside, where the stabbing took place.

After the event, police investigated Full Force Security and the status of its state license. Investigators worked with the Department of Criminal Justice Services, which oversees training and licensing for law enforcement and private security in Virginia.

“Shortly after this event, we ceased renting any of the city facilities other than events that had already been scheduled,” George said. “We’re taking a comprehensive look at all of that.”

Currently, each event is reviewed to determine whether security is needed. Many events require security, but some — such as a daytime wedding or a monthly club meeting that always uses the facility — may not need security.

“It really depends on each individual event,” George said.

In their investigation of the incident, George said, police found that students were selling tickets in the schools for the party. Some information initially indicated that Suffolk Police would provide security, but that was not the case, George said.

She said police did know about the event but thought the guest list was private and had been provided to Suffolk Parks and Recreation.

George did not know exactly what type of cutting instrument was used in the attacks.

One of the victims was treated and released that night, she said. Another victim, who suffered a collapsed lung, was released from a hospital a few days later.