A Suffolk man is charged with crimes against nature and other crimes after allegedly using Facebook to start a relationship with a 16-year-old girl. 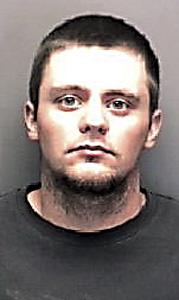 Robert Jeremiah Uhl, 22, of the 7100 block of Old Myrtle Road, is charged with crimes against nature, contributing to the delinquency of a minor and use of a communications system to facilitate offenses involving children.

According to city spokeswoman Debbie George, Uhl allegedly sent a friend request to a 16-year-old female whom he did not previously know. George said they ultimately met and had sex, and that the girl had run away from home.

Suffolk police received a call from another jurisdiction requesting a check on Uhl’s residence, George said. The girl was allegedly found there.

“In talking with the child, the mother learned she had engaged in sexual activity several times with Uhl,” George said.

According to court information online, Uhl was on probation from similar charges that originated in 2008. He is being held in Western Tidewater Regional Jail with no bond.