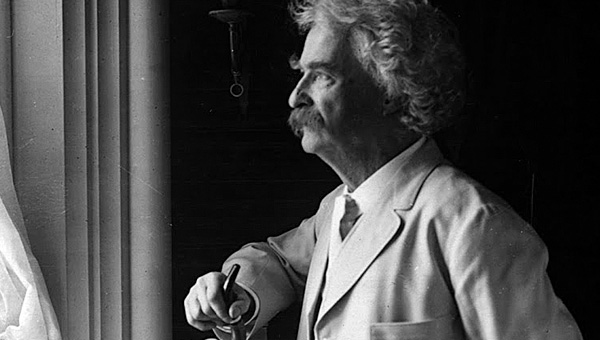 Later this month, the North Suffolk Library is going to have a special visitor — someone who has penned several novels, made quite an impact on the country and is known for his sharp wit — Mark Twain.

But visitors won’t have to go back in time to hear about Twain’s life and writing. Instead, Ryan Clemens, one of Twain’s descendents, will bring the famous author to life Jan. 31 at 6:30 p.m. at the North Suffolk Library. The event is free and open to the public.

“It’ll be a good night out,” reference services head Melinda Brown said. “And you might learn a few things about Mark Twain and his era you didn’t know.”

Ryan Clemens, who will portray his distant relative, Samuel Clemens, who wrote under the name Mark Twain, is an actor with the Virginia Stage Company.

In the meet-and-greet, Clemens will discuss the author’s life and writings and also read some of his short stories and experts from famous novels, such as “The Adventures of Huckleberry Finn,” all as Twain himself.

Brown said she thinks it’s a great event for people who enjoy literature, but she hopes it will shed some light on the author for students who might see Twain as a stuffy old man whose books they have to read in school.

“It hopefully will bring Mark Twain to a new generation of readers,” she said. “Maybe some of our teens and younger readers will come to understand the wit and sarcasm of Mark Twain.”

Brown also said she thinks having a relative of Clemens adds to the event.

“I think it gives it a little more impact,” she said. “You can see how the performing and fine arts bug has gone through the family.”

“We had an overflowing crowd,” he said.

So, when Morrison found out the Virginia State Company had shows with author portrayals that traveled, he jumped at the opportunity.

“We really think this is going to be one of our most interesting programs of the year,” he said.

For more information, contact the North Suffolk Library at 514-7150.