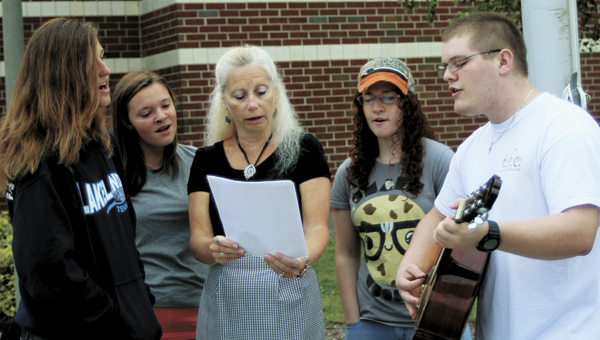 Participants in the Suffolk Leadership Prayer Breakfast never have advance notice about who will be the guest speakers or musicians at the annual event, which coincides with the National Day of Prayer. 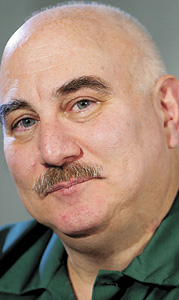 David Berkowitz, the notorious Son of Sam killer who terrorized New York City for a year beginning in the summer of 1976, told a group of hundreds at the National Guard Armory that his salvation through Jesus Christ 10 years into his lifetime prison sentence in 1987 proves the power of God’s mercy and the potential for Christian revival in America.

“I went from being known as the Son of Sam to the Son of Hope,” he told those watching a video that had been specially recorded for Suffolk’s Day of Prayer event. “God has completely and totally healed my mind, and I’m the least deserving to receive His mercy.”

The Leadership Prayer Breakfast was just the largest of at least three separate observances of the National Day of Prayer in Suffolk on Thursday. Students and faculty also gathered around the flagpole at Lakeland High School prior to the start of the school day to sing worship songs and pray, and congregants from Ebenezer United Methodist Church in Eclipse joined the effort three different times throughout the day.

The theme for the national event this year was “One Nation Under God,” a phrase taken from Psalm 33:12, which reads, “Blessed is the nation whose God is the Lord, the people He has chosen as His own inheritance.”

Similar prayer events were held around the nation on Thursday.

The National Day of Prayer has roots that go back to America’s colonial times, when in 1775 the Continental Congress called on citizens of the colonies to pray for wisdom in forming a nation, according to a history of the event at www.nationaldayofprayer.org. President Abraham Lincoln called for a day of “humiliation, fasting and prayer” in 1863, and in 1952, Congress passed a joint resolution later signed by President Harry S. Truman inaugurating an annual day of prayer. President Ronald Reagan signed a law designating the first Thursday in May as that annual observance in 1988.

The message has been the same ever since.

“We need you, Lord God,” Berkowitz prayed to close the Suffolk event. “I pray that revival would break out in this nation.”

An earlier speaker, Dr. R. James Swanson, a professor of biological science at Old Dominion University, said, “There’s a spiritual war going on, so we will always need prayer.”

And Randy Singer, an attorney, author and law professor at Regent University, who introduced the Berkowitz video, told participants that the Berkowitz testimony proves “You are one prayer away from God doing something miraculous in your life.”

“If God is powerful enough to turn the heart of a serial killer,” he asked, “do you think there’s anything beyond His power?”

Berkowitz, who has refused to attend his own parole hearings and wrote to former New York Gov. George Pataki to say that he deserves to remain in prison for life, had been asked to deliver Thursday’s message, because the organizing committee had agreed that the nation is losing hope, Singer said.

The man who now calls himself the “Son of Hope” delivered a message filled with it.

“I’m not the only one touched by God’s mercy, so there is definitely hope,” Berkowitz said.

Meanwhile, at Lakeland High School, a group of about 20 students, family members and faculty gathered at the school’s flagpole with a similar message.

Senior Chris Whiting led the group in song with his guitar. A prayer circle then formed, with many participants offering spontaneous, heart-felt prayers.

Some spoke of their wish for national and Suffolk-area leaders to make decisions based on the will of God. “We do pray for the (November) elections, Father … and pray that our leaders lead like you would have wanted,” teacher Anita Fisher said.

— Staff writer Matthew A. Ward contributed to this report.