Two women are facing felony charges after allegedly being involved in a fight on Linden Avenue over the weekend.

Brittney Riddick and Pamela Bennett both are facing charges of malicious wounding by mob and shoot or stab in the commission of a felony. 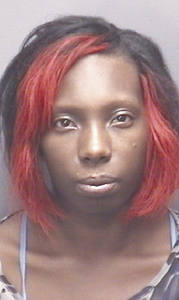 According to city spokeswoman Diana Klink, officers responded about 2:45 a.m. Saturday to a loud party in progress in the 400 block of Linden Avenue. Emergency dispatchers had received reports of gunshots and a woman possibly being cut, Klink said.

One victim told officers she had been cut with a sharp object and was transported to Sentara Obici Hospital with injuries that were not considered life-threatening. That victim also reported a “heavyset” black woman between the ages of 19 and 22 was shooting recklessly into the crowd.

A second victim, this one a male, arrived at Sentara Obici Hospital with two gunshot wounds. He reported that he had been struck as he was fleeing the scene of the party after hearing the gunshots.

Riddick and Bennett are charged in relation to that incident, but another incident early Sunday morning also allegedly involved them.

On Sunday around 5:34 a.m., officers were dispatched to the 400 block of St. James Avenue in reference to a disturbance and vandalism, Klink said. Riddick told police she had been sitting in her vehicle when approached by a man who broke out her driver’s side window and took the keys from the ignition.

Riddick said she cut the man because she was in fear for her life. He was treated at Sentara Norfolk General Hospital for injuries that were not considered life-threatening. 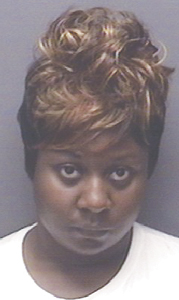 Bennett allegedly was a witness in that case. The investigation is ongoing, so no charges have yet been filed.