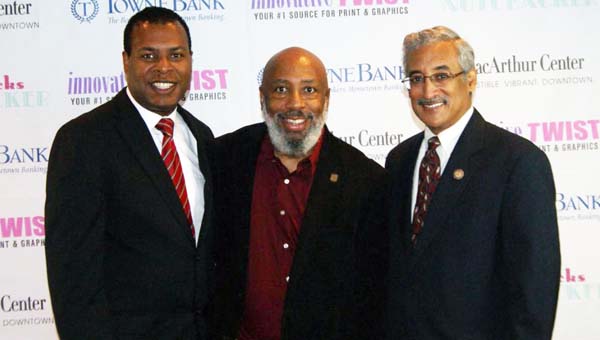 It was a big year for Suffolk native and professional poet Nathan Richardson.

He finished a new book, which is set to be released this year. His Paint Me a Poem workshops have been recognized by the Peninsula Fine Arts Center and the 2012 Conference of the Virginia Association of Teachers of English. He continued to inspire poets at the Suffolk Art Gallery’s Poetry, Prose and Pizza gatherings.

But he is most proud of his accomplishments with helping young people.

Richardson, who attended Mount Zion Elementary School and Forest Glen High School, was honored with the 2012 Move Maker Award by the Teens with a Purpose organization. He was honored as the coach of the Hampton Roads Youth Poets, a group of 13- to 19-year-olds who use poetry to have a positive influence on their peers throughout the community. The team also competes in the Brave New Voices International Poetry Slam.

“It’s a peer-led organization,” Richardson said. “Teens join and just express themselves creatively. We just try to guide them and shake their creativity.”

Another program Richardson is involved in also was honored recently. Richardson is the creative writing instructor at the Rise Program at the Crispus Attucks Cultural Center in Norfolk.

The after-school program was chosen from more than 350 nominations and 50 finalists for the 2012 National Arts and Humanities Youth Program Award, which is the highest honor such programs can receive in the United States.

Director Gail Easley, Richardson and others traveled to the White House to receive the honor from first lady Michelle Obama.

Richardson said he enjoys working with teens, because he can help give them opportunities he didn’t have.

“It’s fun to be able to freelance and work with kids,” he said.

Richardson also travels the state speaking to English and writing classes with the Young Artists of Virginia organization. He admits that all his poetry gigs combined don’t give him enough to live on — he also has a military pension.

But, asked how he makes a living being a poet, he says, “One doesn’t; the living makes the poet.”