Euless Henry Hall Sr., 92, of Suffolk, was born to the late Anderson Hall and Louvenia Hall on Dec. 9, 1920, in Smithfield. He departed this life on Sept. 12, 2013, at Autumn Care of Portsmouth. He was preceded in death by three sisters, Leona H. Johnson, Mamie H. Ritter, Estelle H. Davis; one brother, Paul Hall. 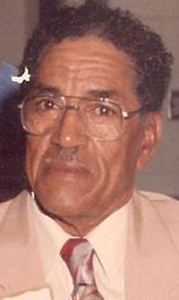 Deacon Hall attended Isle of Wight Public Schools. He was a faithful, devoted member and deacon of Mt. Olive Church of God in Christ in Windsor. He retired from Newport News Shipyard. He loved working on cars and fixing them for many people after he retired.

In August 1946, he married Fannie Maxine Walker, and to this union was born one daughter, Brenda Hall Jackson, of Colorado Springs, Colo., and one son, Euless H. Hall Jr. (Brenda), of Suffolk. Besides his wife and children, he is survived by six grandchildren and five great-grandchildren; one sister, Ada Hall Johnson; and a host of nieces, nephews, cousins and friends.

A funeral service will be held at 2 p.m., Thursday, Sept. 19, 2013, in the chapel of Crocker Funeral Home. Interment will be in Carver Memorial Cemetery. Condolences may be extended to the family at www.crockerfuneralhome.com.