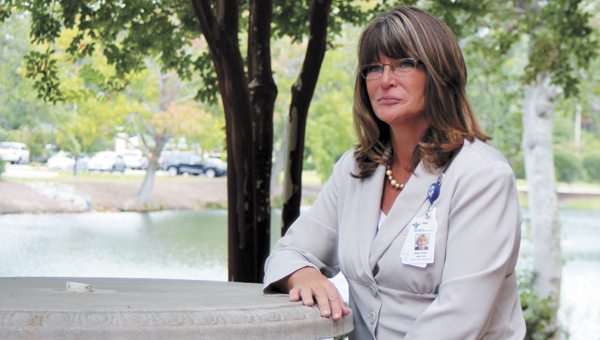 When Mary Kidd started working for Bon Secours nine years ago, it wasn’t long before she learned she was pregnant with her second biological child.

The director of patient access at Bon Secours Health Center at Harbour View has four children, two of them stepdaughters, ranging in ages from 9 to 22.

“I found out I was blessed enough to have a fourth after two weeks of employment,” Kidd said.

Luckily for Kidd, she had recently landed a job with — according to Working Mother magazine — a great place for working mothers.

It’s the 15th consecutive year the magazine has honored Bon Secours, gaining the health system entry into the magazine’s Hall of Fame.

“I am incredibly proud of this distinction by Working Mother and consider it to be well deserved,” Bon Secours Virginia CEO Peter J. Bernard stated in a news release.

“Our leadership and our employees work together in our ministry to ensure our environment is both supportive and compassionate, while challenging us to advance our skills, education and innovation to bring our communities world-class patient care.”

Kidd said the strain of returning to work as a mother with a newborn was greatly eased by her employer. After four months off work, she was phased back into her role.

“I had a flexible work schedule,” she said. “I was able to … share my job with other teammates, to allow for doctor’s appointments, well-baby checks, interviewing day care providers” and so on.

“The resources were helpful; the networking with all the other working moms was beneficial.”

Now that her children are all older, Bon Secours offers flexibility with other things moms continue to juggle after their children start walking and talking, such as afterschool activities.

“My stepdaughter is homecoming princess at her school,” Kidd said. “I will be flexing my schedule this Friday to go to her homecoming game.”

“They support whatever your needs are with your child,” Kidd said.