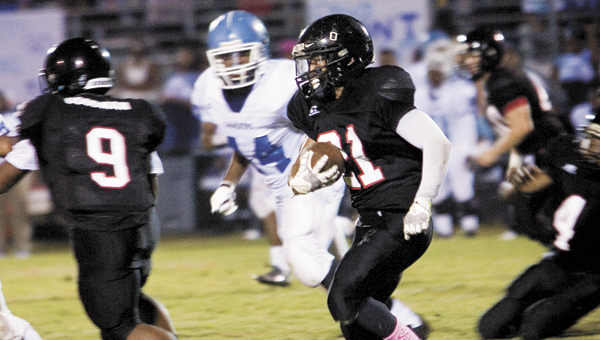 Sandifer made it back-to-back 200-yard performances after he ran for 221 yards and a touchdown on 13 carries Oct. 4 in a homecoming win over visiting Lakeland High School, an accomplishment that helped him walk away with Player of the Week honors this week in the Duke Automotive-Suffolk News-Herald Player of the Week poll.

The Cavaliers knew they had to stop him and aimed to do so by keeping him between the tackles. Sandifer’s success simply gave him the opportunity to do something he loves — defer credit to his blockers. 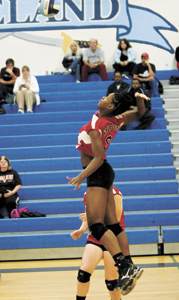 Nansemond River High School senior middle blocker/hitter Tatyana Thomas sizes up a potential kill on Thursday night against host Lakeland High School. She had 16 kills, no errors and six blocks in the four-set win over the Lady Cavs that ended around 10:30 p.m. due to transportation delays and an over-run in the boys’ preceding game.

“Trying to stop me from going one way, I think, didn’t hurt us, because our offensive line is just tremendous,” he said.

He said it takes time to work out a relationship with the line, but this year, “Especially these last two games, we’ve been gelling real good.”

“A lot of the plays, we don’t have direct holes we run through,” he said. “It’s kind of like you just hit the crease and then you’ve got to find your way through. With them, it’s pretty easy, because once you get the ball, you can tell, it just opens up tremendously.”

One of his most thrilling plays against Lakeland was a 26-yard touchdown run in which he ran up the middle, working around defenders, then splitting two more as he accelerated into the end zone.

“My eyes were on him first, and then I made him miss, and then after that, I don’t know, I opened my eyes, I was in the end zone,” Sandifer said. “I was excited. I didn’t even think I was going to make it through that, so I was surprised.”

In describing why Sandifer is such a good running back, Coach Parker said, “I think a lot of it has to do with the fact that a lot of people can’t see him until he pops out next to them.”

First starting with the varsity squad at the beginning of his junior year, Sandifer said he has been able to grow by following in the footsteps of his mentors, former players LaMont Brown, Damario Valentine and Nathan Wyche.

“I think I’ve become more mature in taking on a leadership role,” he said, becoming more vocal, as well as leading by example on the field.

On the field, Coach Parker said Sandifer has been capable from the start. “He proved that last year, but the key for us was to be able to bond and do what we’re supposed to do at other positions to enable him to be able to (be effective),” he said.

This year, Sandifer has been given the added challenge of playing defensive back. Opposing receivers are often tall, and Parker said as a result of height difference, Sandifer’s technique has to be good, since teams will naturally go after the shorter guy.

He came up with a key interception against the Cavaliers in the end zone to prevent a touchdown.

“His ability to make plays and be in the correct position to make the play worked in his favor, and our favor,” Parker said.

Sandifer continues to get support from at home and abroad. His father, Lt. James Sandifer, supports him from afar as he is currently on deployment.

“It’s killing him, but he gives me motivational texts every single morning,” Latrell Sandifer said. “It’s always something new. It’s a big boost.”

He also expressed his gratitude for the support he receives from his mother Chasidee Barocio, who lives in Las Vegas, and his stepmother Lt. Alexa Sandifer, who is with him here in Suffolk.

In his final year of high school, Sandifer’s mind is on college with one simple goal: “I’d just like to sign a (Division I) scholarship and get to play football,” he said. “That’s it right there.”

More Player of the Week 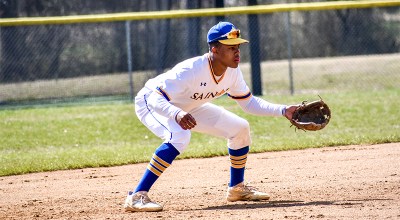 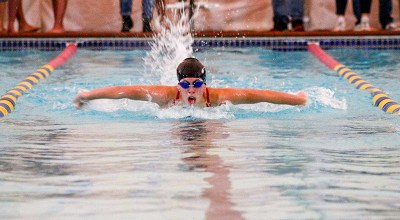