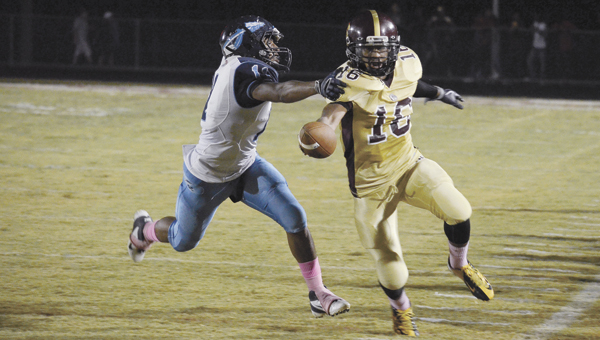 “We’ve been in this situation the previous two years, kind of knocking on the door, so the players and the coaches understand the situation,” NR head coach Tracey Parker said. “It’s time for us to open that door.”

Nansemond River has no key injuries to report.

The Bulldogs (7-2, 6-2) have secured a playoff spot, but tonight’s game is still important.

His team can also achieve its first eight-win season.

The Bulldogs must shut down the run game of the Bruins (8-1, 7-1) and look out for the play-action pass.

“Their offense is like the Wing T on steroids,” Jones said.

The Cavaliers (1-8, 1-7) look to close the season well, having been eliminated from playoff contention. The Grizzlies (7-2, 6-2) have already clinched a playoff spot, but Lakeland head coach Bryan Potts still expects to see plenty of Grassfield’s senior running back/defensive back duo Isaiah Harper and Vincent Lowe.

“We recognize that those are their best players on both sides of the ball,” Potts said.

They have at least 1,091 yards and 12 touchdowns on the ground and eight interceptions on defense.

To control them, Potts said, “We’ve got to have a big game up front.” He expressed confidence his defense could limit Grassfield’s passing attack.

Lakeland has no key injuries to report.

All of Friday’s games will kick off at 7 p.m.