Virginia is for Lady Saints 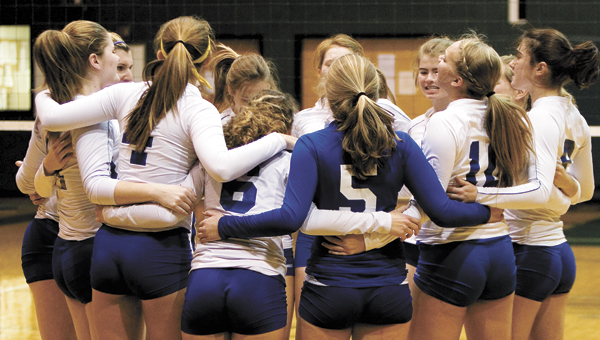 The No. 1 Lady Saints took on No. 2 Fredericksburg Christian High School in the Virginia Independent Schools Athletic Association Division II state title match. NSA won the first game in standard fashion, but then the second game brought about a jarring turnaround. Nansemond-Suffolk dropped a game for the first time in 30 matches.

But the Lady Saints shrugged off the pressure, illustrating a team that had not lost anything since Sept. 7 was not going to do it twice on the final day of the season. 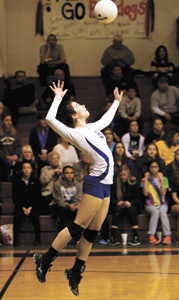 “I thought our girls just played their hearts out,” NSA head coach Robyn Ross said. “Their motto going into this state tournament was just to play fearless and to play together, and they couldn’t have done that in a better way today.”

It was the second straight year the Lady Saints had made it to the title game. Last year, they tasted the agony of defeat, but this year the thrill of victory.

For the last two years, Nash has been the face of the team. In that time, she has accumulated a long list of achievements, but she said this one ranks “at the very top. It couldn’t be higher.”

Nash ended up with 12 kills, 15 digs and four aces. The numbers do not necessarily reflect it, but she did not have her best game offensively. Nevertheless, Ross said, “We scored the most points tonight with her serving and her defense.”

But the coach also said the team did not get to the state championship because of just one person.

Nash summed up her reaction to the match by saying she was “really excited, very proud of everybody on my team.”

Many players gave her reason to be, most notably junior middle blocker Caylin Harris, who turned in her best performance ever. She led the team with 21 kills and six blocks.

Ross said, “It was the most kills and blocks that she’s had in a single match. She picked a really good (day) to be at her best.”

Harris said she knew she needed to step up and try to take control, and “I think I succeeded at that pretty well today.”

After NSA responded to the lost set with an emphatic win, the Lady Eagles (23-4) made the fourth game close. Ross said senior outside hitter Brianna Rowe had a kill late in the set that completely shifted the momentum, leading to the final points that won the match.

Freshman setter/defensive specialist Logan Harrell has been an impact player all season, but she was coming off a semifinal match in which she struggled. Like NSA did with Saturday’s dropped set, she shook it off.

“Between (Logan) and Kaylor’s serving, those are the two that we scored the most points on,” Ross said.

The Lady Saints won the state title, going 36-2 for the year and ending on a 31-match win streak.