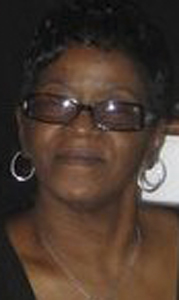 Nita was educated in the Suffolk Public School system and worked at London Fog as a seamstress. Her hobbies included sewing, dancing, singing in the church choir and socializing. Above all else, Nita loved her children and family.

She was a member of Gethsemane Baptist Church.

Sadly on Friday, Nov. 8, 2013, Nita answered the call of her heavenly Father and transitioned onward bound, where she reunited with her parents, her brother, Jimmy Louis Pope Sr., and her sister, Linda Ray Pope.

Expressions of sympathy may be extended to the family at www.cookeovertonfuneralhome.com.