Quite a season for Quiet Storm 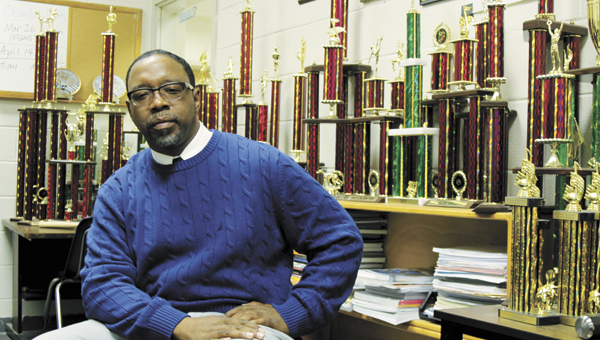 “This year, the band has done exceptionally well,” Wilson said, noting Saturday’s grand champion trophy from King’s Fork was the band’s second of the season.

Wilson chalks up much of the success to the support of the band’s booster club, which members of the general public — not just parents of band members — are free to join, he said.

“They are a major benefit to the band program,” he said. “They make sure they have the support we need in the event the school division is not able to support us because of budget constraints.

“You don’t have to be a parent; you simply have to be an adult who loves children and wants to support support them in their endeavors in the band program here at Lakeland.”

Since becoming band director nearly seven years ago, it has “grown tremendously in popularity,” he said.

“Now the band has support and a following everywhere we go, from football games to competitions and parades.

“We currently have 86 members, and that’s including auxiliaries.”

Wilson said he views his role as more than just directing a band. “I care for the students just as if they were my own children,” he said.

“I want to share with them that band is a way to help prepare them for successful living. I’m a very strong advocate of discipline and hard work. I use music as my method.”

The Quiet Storm will march down Main Street alongside other local bands in the Suffolk Holiday Parade, scheduled for Dec. 14 at 7 p.m.