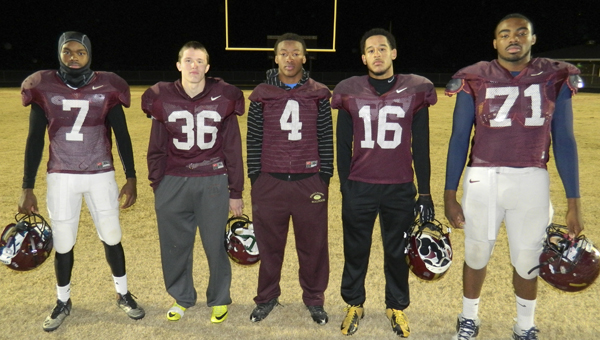 Three Suffolk schools filled 10 out of 30 slots on the All-Ironclad Conference 18 First Team for football. It was an impressive achievement given that the non-Suffolk conference schools had a combined regular season record of 25-5 and every IC18 school but one made the playoffs. 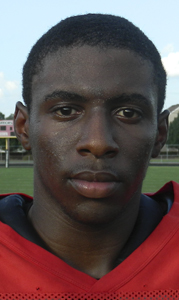 Because not all of the conference teams played each other, statistics and a team’s own coach’s recommendations were particularly essential to the voting process.

Wethington rushed for 1,520 yards and 16 touchdowns during the regular season.

“He’s had a great year running the ball for us, consistently, week after week, averaging nine, 10 yards a carry,” Jones said. “That’s big for us and speaks well of our offensive line, too.”

As quarterback, Adams threw for 428 yards and seven touchdowns, but he was also a frequent runner in the triple option offense, gaining 457 yards and nine touchdowns on the ground.

Jones said Adams was very deserving of the first team all-purpose honor, and added another reason why. The coaches rely on Adams’ judgment to make calls at the line of scrimmage. 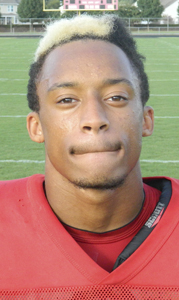 Wall was 34-for-37 on extra point attempts and 2-for-4 on field goal attempts.

Jones said Wall is one of the few kickers in high school to kick the ball without a tee, like the pros. He praised him for being a “consistent kicker for us,” and expects he will have the opportunity to kick in college.

Wall was also recognized on the defensive first team as a punter, with 40 punts for 1,250 yards, averaging 31.25 yards per punt.

“There’s games where he’s really come through for us, getting us out of holes,” Jones said.

He played on both the offensive and defensive lines, working with many new players this year.

“He’s kind of taken over that leadership role,” Jones said. “He’s had a great season.” 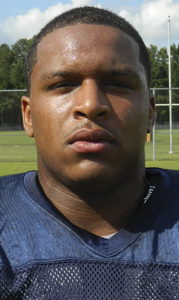 Weston led the team with three interceptions and also had 18 tackles, 16 of them solo.

Jones praised Weston for consistency in the secondary, but said, “He’s come on really strong, especially about the mid-point of the year.”

“He was Mr. Steady for us,” Warriors head coach Tracey Parker Sr. said. “We could always count on him doing his part.”

The coach said Sandifer’s yardage is a testament to his skill and the quality of the offensive line.

Branch missed some time this year due to injury but provided crucial leadership among a young linebacker corps.

“He’s sort of our kindling wood on defense,” Parker said of Branch’s ability to fire his teammates up.

“We could do a lot of things with him,” Parker said, explaining Branch’s all-purpose honor.

Lakeland’s first team representative was sophomore linebacker Jaquan Yulee. He was hampered part of the year with a high ankle sprain, but registered 70 tackles, 55 of them solo, three sacks and one fumble recovery.

Morse continuing in football at Bucknell