Bringing it to the Brits 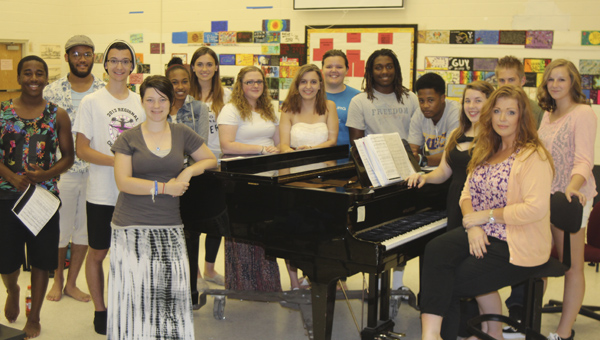 When they travel to England next week as part of a music exchange program, 25 Suffolk students aim to show the Brits that American teens definitely have talent.

From Nansemond River High School, King’s Fork High School and Nansemond-Suffolk Academy, and divided between choir and band, the students depart on their 11-day experience Monday.

They’ll be lodged with host families, spending most of the time in the town of Bury St. Edmunds, in Suffolk County, but also visiting London.

“They are all really excited,” said Nansemond River’s Joleen Neigbours, choral director, who has been busily preparing 14 choir members, while Edward Woodis, the school’s band director, has been honing the skills of 11 in the band. 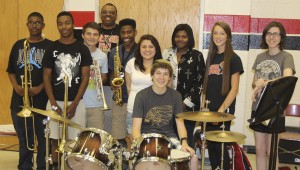 The Suffolk band members will play with Bury St. Edmunds’ student swing band, Woodis said. Prior to performing, they’ll practice with their English counterparts when they first arrive, he said.

“We are going over the music here; we’ve got 13 songs,” he said. “(But) it’s going to be perfected, pretty much, when we get over there.”

The frequency of rehearsals has gradually increased since they started in February with a couple of sessions a month, Neighbours said.

“They are all really tired,” she said.

But it isn’t all rehearsing and performing. The students will sightsee, interact with the English students and host families, and participate in educational activities.

Neighbours said that the students are most excited about staying with British families. “They refer to them as their British brothers and sisters,” she said.

Neighbours’ daughter is going, and will stay with a family with three girls — one her own age.

As well as being part of another culture, the students will be acting as “citizen diplomats,” Neighbours said, adding that this would provide an invaluable experience.

“I think it’s going to prepare them so incredibly for the real world, and college, and whatever else is out there for them,” she said.

The exchange is under the auspices of Sister Cities International, which President Dwight D. Eisenhower founded to bring people from around the world together in peace and friendship, in the hopes of avoiding future conflicts.

Suffolk became sister cities with Suffolk County, England, in 1981, thanks to the personal interest of then Virginia Gov. Mills E. Godwin, a Suffolkian.