The family of a 23-year-old Suffolk man who was missing for four days was filled with gratitude after his rescue in the woods behind his home on Monday.

“God is good every day,” said Carole Williams, about an hour after her grandson, Kyle Spencer Williams, was found. 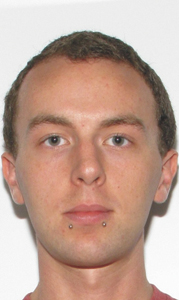 Williams was last seen at his residence in the 3700 block of Indian Trail Road on Thursday. His family reported him missing early Monday.

Carole Williams said the police were out “in full force” by 2 a.m., shortly after the report.

“They have worked diligently all day,” she said. “So many different divisions, we don’t know them all, and volunteers, I just can’t give you all their names.”

With the assistance of a helicopter from the Virginia Beach Police Department, Suffolk police located Williams about 5:15 p.m. in the 90-acre wooded area behind his family’s residence, city spokeswoman Diana Klink said.

“It took some time for searchers on the ground to make their way to his location after the helicopter made visual contact,” Klink wrote in the press release.

Carole Williams said her grandson had been spotted waving to the helicopter from the woods between Deer Path Road and Indian Trail.

“They picked him up on the ATV and carried him to the hospital,” she said.

Williams was ground transported to Sentara Obici Hospital for evaluation of injuries that were not considered life-threatening, Klink said.

Carole Williams said she did not know what caused her grandson to be away from home. Shortly after his rescue, she was unaware of what injuries he had suffered.

“He lived alone, but he lived 25 feet from our house,” she said. “I check his lights to see if they’re on and off.”

She said the family first noticed on Saturday that he was not answering calls. A check of his house found it was open but unoccupied, she said.

Klink said she had no information on Williams’ injuries and if they had prevented him from returning home.