A former Suffolk firefighter was indicted Wednesday on charges he allegedly embezzled about $100,000 from the local firefighters’ union. 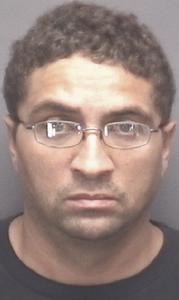 Sheron Alen Gibson Sr., 41, was indicted by the grand jury on a charge of forgery and 12 counts of embezzlement.

In March, the Suffolk Firefighters Local 2801 of the International Association of Fire Fighters filed a police report alleging Gibson, the treasurer of the organization, was responsible for embezzling an unknown sum of missing money, city spokeswoman Diana Klink said.

She added Gibson is no longer employed with the city.

He was a native of Brooklyn, N.Y., and served in the U.S. Navy Reserves for four years.

Though statutory disclosure requirements were met, the public was in the dark on key aspects of the new Route 460,... read more