Amanda Douglas was already working full time as a business office manager for a small company when she decided to improve her competitiveness in the marketplace. 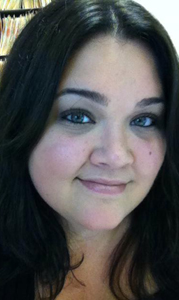 But, it wasn’t easy. Even though she had a full-time job, the money she earned wasn’t enough to cover the costs of her education.

“I watched her tirelessly fill out paperwork, write essays and compile needed information for opportunities to earn scholarships that Paul D. Camp Community College offered each semester,” said Amanda’s mother, Christine Wells. “But by doing so, she was able to have 97 percent of her education paid for by local scholarships.”

Douglas said she is thankful for the financial assistance that allowed her to concentrate on her studies, rather than worry about how she would pay for her credit hours.

“The scholarships paid for most of my education at PDCCC,” she said. “Without this assistance, I would not have been able to achieve my goal of earning an associate’s degree.”

Although tuition at community colleges in the commonwealth cost less than half of that at a public four-year college or university in Virginia, students still may not be able to afford to continue their education.

“The cost of an education should not stop anyone from reaching their educational goals,” said Felicia Blow, executive director of the PDCCC Foundation and vice president for institutional advancement.

“Although Paul D. Camp Community College has established a number of opportunities for prospective and current students to get their education paid for through scholarships, there are so many other students who need help. We thank the donors who have sacrificed, saved and contributed in order to help others achieve success.”

Proceeds will go to student scholarships and math tutoring for youth in Suffolk and Franklin.

For more information about the concert, call the Office of Institutional Advancement at 569-6790 or visit www.pdcconcert.org.