A man accused of numerous sex crimes entered Alford pleas to six of them in Circuit Court on Monday.

Through the Alford pleas, Robert Vance Gallup, 61, did not admit guilt but admitted there is enough evidence to convict him. Pursuant to a plea deal, he will spend six years in prison after being released from his prison sentence on previous charges. 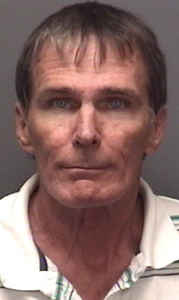 After Gallup was charged in 2013 in Virginia Beach and Suffolk with sex crimes dating back to the mid-1970s and mid-1980s, two more victims’ cases were pursued, which resulted in Monday’s plea. The victims were between the ages of 3 and 7 when the crimes occurred in 2000 to 2004, prosecutor Marie Walls said.

The pleas came on two counts each of forcible sodomy, aggravated sexual battery and indecent liberties.

Walls said she offered the plea deal to keep the victims from having to testify. She had to weigh “whether putting them through testimony about very graphic sexual acts was in their best interests,” she said.

Walls also noted the victims’ memories were clouded. They may not have been able to remember specifics and dates, she said. Records of a therapist who treated the boys had been destroyed, Walls said, and the victims had initially accused a different man — their father.

“You look at all of that, and you weigh it against what the defendant already had, we thought it was an appropriate plea,” Walls said. “With victims that were 3 and 6 who initially said their father was the perpetrator and whose members have been dulled by time made this a difficult case. However, these victims now know that they were heard, believed, and the man that did these acts will be punished.”

Gallup had previously pleaded guilty to three of the original charges and also had a charge of public nudity on his record from 1996. His attorney, Moody “Sonny” Stallings Jr., said a new state statute that took effect July 1 made the plea deal attractive for his client.

“Mr. Gallup had no choice but to plead guilty,” Stallings said. “The new statute allowed the state to put in evidence, in the trial on the issue of guilt or innocence, his prior convictions. You think what that would do if you’re trying the case. Game’s over.

“That’s a brand-new statute, and I don’t know if it’s constitutional or not,” Stallings added. “Somebody else will figure that out one day.”

Stallings said Gallup could have gotten life in the penitentiary had the case gone to trial.

Gallup’s previous charges are under the old parole system, so he is eligible about a year from now on the previous charges. Whenever he’s released from those, the six years on the new charges will begin. Stallings estimated he’ll be released around age 70.

After he’s released, Gallup will be on supervised probation for life and is required to register as a sex offender.