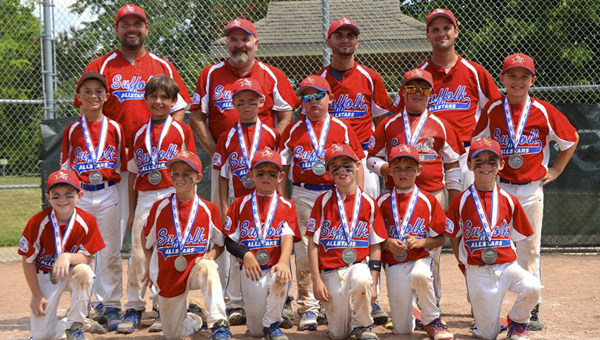 The Suffolk Youth Athletic Association 8U National All-Star team fell just short of the perfect ending to its season. But a championship game loss on Sunday in High Point, N.C., could not overshadow the squad’s remarkable all-star campaign fueled, in part, by community support.

West Raleigh scored five runs in the final inning of Game Two to rally for a 19-18 win. 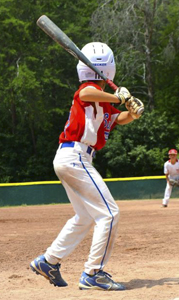 Still, the SYAA team went 6-2 in the tourney, which was the highest-level PONY Baseball event to which the group could have advanced.

“I cannot be more proud as a coach to see a group of kids that has played together for only six weeks come together as a team,” National team coach Frankie Haltom stated in an email.

The squad finished the all-star season with a 19-6 record, making it to the finals in each of the four tournaments in which it participated. It won the 8-year-old level of the SYAA Invitational All-Star baseball tournament by dispatching rival Western Branch Gold.

Defeating that rival again was a highlight of the High Point weekend. SYAA came back from an 11-5 deficit through three innings to win 14-13 in six, “never leading the game until the winning run by Nick Conboy with a 3-run, inside-the-park (home run),” Haltom stated.

The coach noted many Suffolk stars contributed both to the success this past weekend and to the all-star season as a whole.

Drew Barbosa carried an impressive .833 batting average at the coach pitch 8U level this season and was strong defensively at first base. Maison Becker and Jackson Runyon were also forces to be reckoned with at bat. The trio produced eight home runs each throughout the season, and Conboy added six more.

Pitcher Jacob Haltom was quick to react to get key outs and prevent hits from going through the middle infield.

Jaden Frole, Landen Johnson and Cole Harrington were important defensively at shortstop, second base and third base, respectively.

“Without one of these players, the team could not have succeeded as much as they did,” Haltom stated of the group that hit 45 home runs this season, with more than a handful going out of the park.

“Each (player) played an important role in our success, not to mention the 13th player — the fans that traveled with us to support and cheer on the team.”

Haltom continued, “Also, the team received many donations from many sources, and we would like to thank them for their support, which helped make all of this possible.”