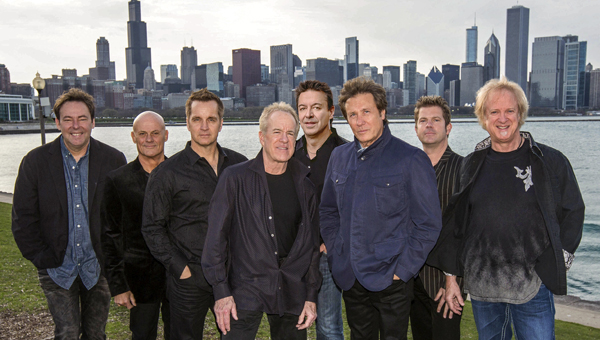 Chicago will play at the nTelos Wireless Pavilion on Sept. 26.

Chicago will perform for the first time at nTelos Wireless Pavilion on Sept. 26.  The show starts at 8 p.m., and doors open at 7 p.m.

Chicago is one of the most enduring bands in musical history. Last year, “The Very Best of Chicago, Only The Beginning” charted at No. 1 on Billboard, making them the first American band ever to achieve Top 40 albums in six decades.

Chicago has never missed a year of touring, and the band has earned a large following in Hampton Roads.

Tickets go on sale at 10 a.m. Friday at the pavilion box office and all Ticketmaster locations. Charge by phone at 800-745-3000 or purchase online at www.ticketmaster.com. Ticket prices range from 29.75 for lawn seats to $89.75 for orchestra-level seats.