A Suffolk minister has been indicted on charges of rape and indecent liberties following his arrest in May, according to an online court information system.

Trevon Boone, 39, is charged in Portsmouth. He is the pastor at Tabernacle Baptist Outreach Center in Suffolk.

The Portsmouth grand jury handed down the indictments on Thursday. 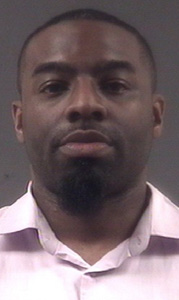 According to Portsmouth detectives at the time of his arrest, Boone came into contact with the alleged victim, who was under the age of 18 at the time, when he was a minister at a local church. Police did not specify which church.

He mentored her and allegedly forced her to have sex with him, police said.

The alleged victim is an adult now.

He also previously worked with the city of Suffolk. His employment as a housing and property maintenance inspector ended in November 2012.

An Oct. 9 trial is set for the rape charge, according to the online court system. No court date yet has been set for the indecent liberties charge, because he has not yet been formally arrested on it yet.