Trial of the century?

While media coverage remains intense, a poll of shoppers in North Suffolk indicated a lack of interest in Bob McDonnell’s corruption trial, and also perhaps that many Virginians either believe or hope their former governor did nothing wrong.

Of 27 shoppers polled at Harbour View East shopping center at the end of the trial’s second week, 17 said they were not following it. 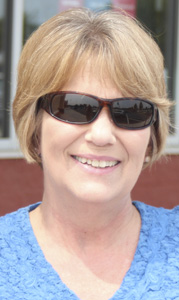 Of those who professed to be keeping up, three spoke in terms of McDonnell being innocent, three hoped he’d be acquitted, two leaned toward guilty and two had nothing else to say.

“I don’t think he did more than anybody else does,” one woman said, though adding, “That doesn’t make it right.”

“I have met him before,” she continued, “and I believe he’s an honest man. Actually, I think the state has bigger problems than the (ex) governor and Mrs. McDonnell.”

The federal government accuses Bob and Maureen McDonnell of conspiring to sell the influence of the office of the governor to a businessman peddling a tobacco-derived diet supplement, in exchange for $160,000 in gifts and loans.

But according to the defense team, an all-but-over marriage between the McDonnells meant this couldn’t have happened; Maureen McDonnell was a lonely and isolated First Lady, and Star Scientific CEO Jonnie Williams — the supplement salesman — was a personal friend with a giving nature.

“Honestly, I couldn’t tell you anything about it. I have no clue who it is.” “I couldn’t even tell you what it was about, to honest with you.” “I’m not following it, sorry.” Whether just going for the fastest way to throw off a reporter, or more earnest in their professed disinterest, respondents gave a distinct impression that the care-factor was low.

Lucy Hines, 64—– one of only three shoppers willing to put a name to her comments — said she was still making her mind up. “It’s pretty complicated, I think,” she said. 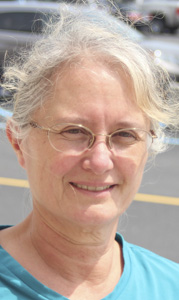 Lucy Hines, 61, said she thinks the corruption trial of ex-Gov. Bob McDonnell is “complicated.” She hopes he’s innocent, but “I don’t really know.”

Alice Denny, 62, was in a different camp. “I’m disappointed that he rose to the level he rose to and then got himself in this position,” she said.

“I don’t want to make a judgment, but it doesn’t look good.”

Denny wasn’t buying the defense argument that the McDonnells’ marriage had completely broken down.  “I don’t believe that,” she said. “Back in the spring, they were together and everything was great.”

Bob McDonnell still has to be found guilty, observed 40-year-old Rudy Sevil, but “to me, it doesn’t sound like it’s too good.”

A man in late middle-age who would not give his name offered the strongest comments in favor of McDonnell, slamming the media’s “very biased” coverage.

“I think they are making a mountain out of a molehill,” he said.