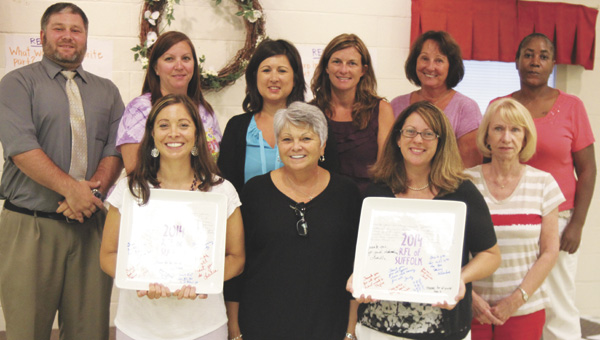 Organizers of the 2014 Suffolk Rockin’ Relay for Life still hope to meet their fundraising goal with a little extra help via a 48-hour challenge, they announced at a wrap-up meeting Monday.

Despite the ground that needs to be made up, it was still a record-breaking year for the event, according to Howell, after $21,000 was raised during the event, held at Bennett’s Creek Park May 16-17.

“That’s a record for Suffolk for the event itself,” Howell said.

The figure Howell quoted during the meeting at King’s Fork Ruritan Club was a running total. It didn’t include a $28,000 check coming from the city of Suffolk for money raised from the fourth annual Suffolk Relay for Life Golf Tournament, nor other proceeds from the Larry Burch Memorial Golf Tournament, she said.

That’s where the 48 Dollars and 48 Hours Challenge steps in. It was suggested by Chelsea Peoples, the 2015 event’s American Cancer Society staff partner.

Volunteers are each asked to raise $48 in 48 hours, Howell explained, which would push past the fundraising goal even if only half of the participants meet it.

“We’ll zoom right by it,” she said. “Relay is over at the moment, but the fight isn’t over.”

The meeting also detailed some changes to next year’s event — or, in some cases, possible changes.

The registration fee has been eliminated, a move which was found to have boosted fundraising for other relays, Howell said. And though organizers are looking to hold 2014’s event on the same weekend, between Mother’s Day and Memorial Day, it may change from Friday-Saturday to Saturday-Sunday, depending on feedback from team captains and committee members.

Howell appealed for volunteers to join the committee, which currently numbers only 20 people compared with — for instance — 50 to 60 in Chesapeake, she said.

She also paid tribute to the city of Suffolk for supporting the 2014 event to continue despite a deluge the night before.

Numerous awards were presented to various sponsors and fundraisers, as well as to the committee itself.