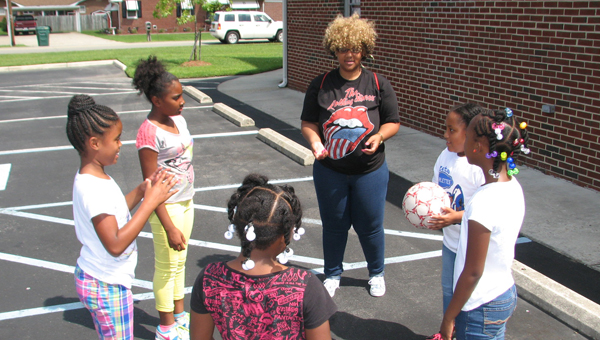 Trips to a movie theater and the zoo also were planned for the 30-some children who participated. The program ends Thursday.

It was conducted by SCM Vision Inc., led by Sylvia Murphy, said director April G. Felder. The aim of SCM Vision is “to bring churches together with the community to be able to help” with various projects, Felder said.

The children held devotions in the morning and were led in memorizing Psalm 23 during the two-week program. Other activities included academic learning, physical activity and units on topics such as famous black civil rights leaders, inventors and scientists.

“They’re learning how to articulate their feelings,” she said. “A lot of them were very shy when they came in. They’re also learning they can do everything they set their minds to. They learned, ‘I can go to college.’”

The program made a special effort to include children from local public housing developments, Felder said. A bus picked up the children and took them to Oak Grove Baptist Church each day of the program. Children also received school supplies.