Pleasant Union Baptist Church, 215 Webb St., is celebrating the church and pastor’s anniversaries with a number of special services during the month of September.

A native of Biloxi, Miss., Chambers studied at Jackson State University, which was interrupted by a three-year stint in the Army as a chaplain and missile technician. 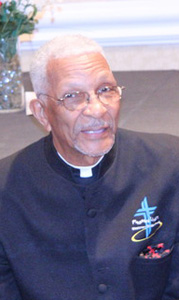 He also studied at the United Christian Institute of Goldsboro, N.C., and earned a Bachelor of Theology degree and a Doctor of Divinity degree.

Chambers serves not only as the pastor of Pleasant Union Baptist Church but also as its minister of music of the V.T. Chambers Mass Choir.

He has held previous positions at a number of local churches and has received many awards for his service to the community.

He is married to the Rev. Naomi P. Chambers, who co-pastors the church.