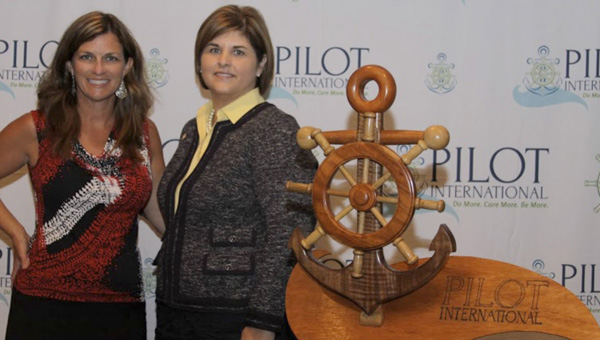 Renee Russell, Suffolk resident and member of the Nansemond River Pilot Club, was one of hundreds of Pilot members hailing from the United States, Japan, Canada, The Bahamas and South Africa who convened in Chicago, Ill., in July for the 2014 Pilot International Annual Convention and Leadership Conference at the Sheraton Chicago Hotel and Towers.

Each year Pilots from around the globe gather for the conference to participate in leadership training seminars, workshops and fundraising events for the Pilot International Founders Fund. This year’s special guest speakers included motivational speaker and personal life coach, Jacqueline Cornaby, and Patrick Nettesheim, founder of Guitars for Vets.

Now in its 93rd year, Pilot International is an international volunteer service organization. Home to more than 7,500 members in almost 400 clubs — including two in Suffolk — and parent organization of Anchor Clubs with more than 8,000 youth members in more than 300 clubs, Pilots are committed to “Do More. Care More. And Be More” for their communities every day.

Pilots provide financial and hands-on support for numerous national and local initiatives in keeping with the organization’s “ABC’s” — Anchor Clubs, brain safety and fitness and caring for families in times of need. In addition to its many community-based activities, Pilot International created and maintains the BrainMinders family of Brain Safety initiatives and the “Pick Me Ups” community initiative for family caregivers.