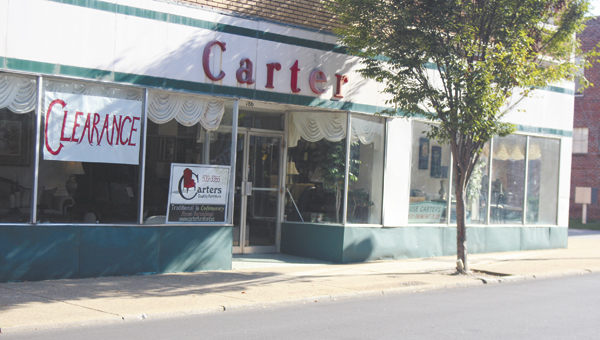 The owner of Carter’s Quality Furniture, 82-year-old Donald Carter, was shot to death near his store in the 100 block of East Washington Street just after 1 a.m. on Monday morning. It is the city’s first homicide of 2014. Police say they are following several leads.

An 82-year-old man gunned down outside his East Washington Street furniture store early Monday morning has been remembered as a well-respected businessman who never forgot a customer.

In Suffolk’s first homicide this year, police responding to a 911 call at 1:12 a.m. found Donald Carter shot in the lower torso near his business at 186 E. Washington St., Carter’s Quality Furniture.

He died shortly after arriving at Sentara Obici Hospital.

The victim’s nephew, Brett Carter, said the entire family is in shock. 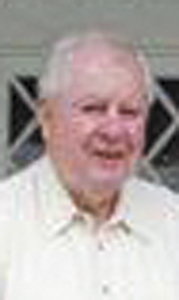 His uncle had been in business for more than 60 years, according to Brett Carter, who said his grandfather started the family business in the 1940s.

“They split over time, and each son got a store,” he said.

The two Suffolk stores, also including Brandon House Furniture — owned by David Carter and Caroline Wright, Donald Carter’s only surviving brother, and his sister — are the only stores still trading. Larry Carter owned a store in Ahoskie, N.C., and Tom Carter — his father — owned a store in Franklin, Brett Carter added.

“They were all Carter’s Furniture or some (variation) — or Brandon House,” Brett Carter said.

“I enjoyed visiting with him when I worked at the Suffolk News-Herald and did advertising,” Denison said.

“I always liked him and got along with him fine. He was always an interesting person to talk to. He was always aware of everything that was going on in the city of Suffolk and in the world.”

Carter’s death was the main topic of discussion among a dozen or so folks outside his store mid-morning Monday. “Mr. Carter was a gentle old man — never bothered anyone,” Carey Boone said.

Boone said Carter once helped him restructure a payment plan when he was unable to make the monthly payments on a refrigerator.

“I was paying $100 a month, and I couldn’t pay it,” Boone said. “He worked with me and lowered the payment, and I managed to pay it all off.

“It’s just a sad day that a man got killed like that. My heart goes out to the family.”

Brett Carter said his uncle never forgot a name or a face.

“I was very impressed with that,” he said. “I never met anybody who could remember names and faces as well as he could.

“I worked for him back in the ‘80s. He had a customer come in he had not seen for 15 or 20 years, and he remembered not only the man’s name but he remembered what he bought, which was phenomenal.”

Suffolk police were continuing the investigation late Monday and following up on several leads, city spokeswoman Diana Klink said in a news release.

Anyone with information is asked to call Crime Line at 1-888-LOCK-U-UP or send a text message with the keyword “SPDVATIP” to “CRIMES” (274637). Crime Line tipsters never have to give their names or appear in court and may be eligible for a reward of up to $1,000.