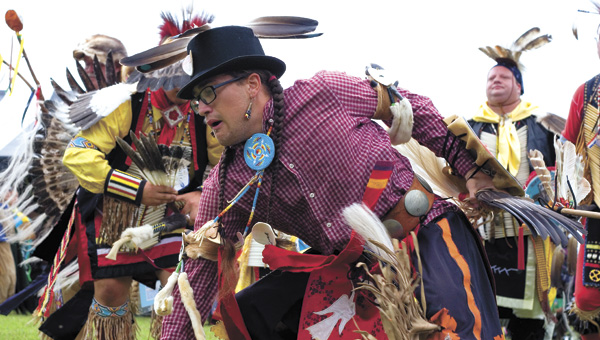 U.S. Sen. Tim Kaine (D-Va.) is making another push to recognize six Virginia Indian tribes, including the Nansemond, through his support of a proposed rule that would bring more flexibility to the process.

The U.S. Department of the Interior’s Bureau of Indian Affairs governs the process by which tribes in America can gain recognition from the federal government, and the benefits that come along with it.

But even a summary of the proposed rule change acknowledges that the process has been criticized as too slow, expensive, burdensome, inefficient, intrusive, opaque and unpredictable.

Its stringent criteria require, among many other things, documentation of the tribe’s existence and lineage from 1789 to the present, according to comments Kaine made in support of the rule change.

But at least six Virginia tribes — the Nansemond, Chickahominy, Eastern Chickahominy, Upper Mattaponi, Rappahannock and Monacan — have found the administrative process unavailable to them because of the historical destruction of records.

Five of the six courthouses that held the majority of the tribes’ records were burned during the Civil War, Kaine noted in a letter to Assistant Secretary for Indian Affairs Kevin Washburn.

Beyond this accidental destruction, a eugenics movement and fear of interracial marriages prompted officials at the Virginia Bureau of Vital Statistics to systematically destroy the vital records of Virginia’s tribes beginning in 1912.

In 1924, Virginia’s Racial Integrity Act codified the existence of only two races: “white” or “colored.” The law remained intact for nearly 50 years, forcing Indians to choose one or the other.

Officials even went so far as to retroactively change records to list Native Americans as “colored,” Kaine noted in his letter. This phenomenon is known today as “Pleckerism,” after Walter Ashby Plecker, the first registrar of the bureau, who was among the main officials who pushed to eliminate the Indian race in Virginia, at least on paper.

Another, less challenging hardship faced by the Virginia tribes is that they made peace with English colonists in 1677, predating the establishment of the United States by nearly 100 years. The treaty was never formally recognized by the federal government, Kaine wrote in his letter.

The six tribes, including the Nansemond, have tried for years to gain recognition through congressional action rather than the administrative process. However, votes have been blocked by a few legislators who believe every tribe should be subject to the same requirements, regardless of the systematic discrimination to which they have been subjected.

The proposed rule would loosen the requirement for providing documentation, which would assist the six Virginia tribes and others for which documentation was destroyed. Other changes would institute a phased review to allow for faster decisions, allow for a hearing on the proposed finding, and establish objective standards to ensure transparency and predictability, according to the summary.