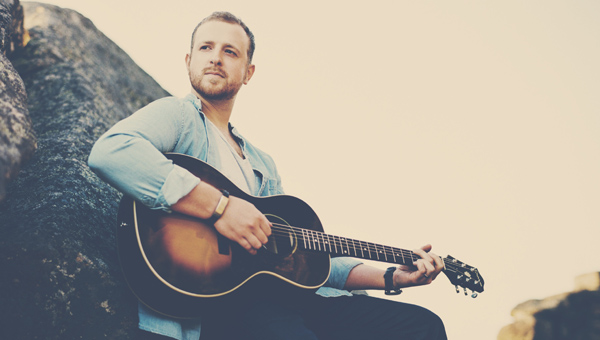 A Carrollton man and worship leader at a Suffolk church will headline the Christian stage at the Artistree Festival in Norfolk later this month.

Jed Bayes, who has been singing in the church since he was 3 years old, is the worship leader at the Harbour View campus of Hampton’s Liberty Baptist Church.

He says his mother, who is “an incredible singer,” inspired him to start singing.

“The main thing I wanted to do was play and sing in churches to spread the gospel of Jesus,” he said.

A West Virginia native, Bayes attended Alderson-Broaddus College in Philippi, W.Va., where he was majoring in music performance. He performed with the West Virginians, a singing group there.

But then he transferred to Virginia’s Liberty University and changed his major to song-writing.

“I didn’t feel like I could do much with a music performance degree,” he said. “If I wanted to perform music, I could do it without a degree.”

He hit his stride at Liberty, gaining several mentors — including one who had worked with the well-known Gaither group — performing with the Crimson Flood musical group and winning Songwriter of the Year for the college.

“That stuff’s not important to me,” he said. “For me, the most important stuff is when people listen to my songs and they say their lives have been changed just by listening to the song. That’s better than any award for me.”

He’s already had one song, “Jesus Comes to Save,” published through Liberty’s Red Tie Music.

Upon graduating last year, he came to work for Liberty in Hampton.

“I came and led (worship) at Easter last year and just fell in love with the church,” Bayes said.

He also recently recorded an album at Echo Mountain Studios in North Carolina, where names such as Paul McCartney, Dierks Bentley and Mercy Me have recorded.

He plans to have the CD on sale by November.

Bayes will headline the Christian stage at the Granby Theater on Oct. 25, beginning around 3 to 4 p.m. About 8,000 to 10,000 people are expected to attend the multi-genre, multi-venue festival, Vanessa Ursery of the festival said.

The festival is raising money for Music4More to raise funds and collect instrument donations for school and community music programs.

Other Suffolk and Isle of Wight acts among the dozens in the festival include Bria Kelly, Josh London and Shane Dollar. The festival also will include panel discussions on industry topics.

Visit www.artistreefestival.com for the full lineup, schedule and ticket information.