A Western Tidewater Regional Jail officer required treatment this week for a cut on his face after being assaulted by an inmate, jail Superintendent William Smith said. 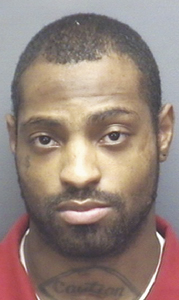 Smith said two jail officers were preparing to move Boykins from one cell to another “because he had been acting out.”

Boykins was being uncooperative and saying he would not come out of the cell, Smith said, so the officers went in to get him.

When the officers entered his cell, Boykins allegedly attacked them with a piece of a razor blade, Smith said. The inmates are issued razors three times a week to shave, he said.

The first officer who had entered the cell received a gash about 4 to 5 inches long on his cheek, Smith said. The other officer was not injured. Boykins was checked and had not received any injuries in the scuffle, Smith said.

The officer received treatment at the hospital and will return to work on his next regularly scheduled day, Smith said.

Boykins is awaiting a Nov. 24 sentencing on charges stemming from a Dec. 20 shooting at a shopping center on West Constance Road that injured two people and damaged vehicles and buildings.

He also awaits a February trial on a charge of possessing a controlled substance.