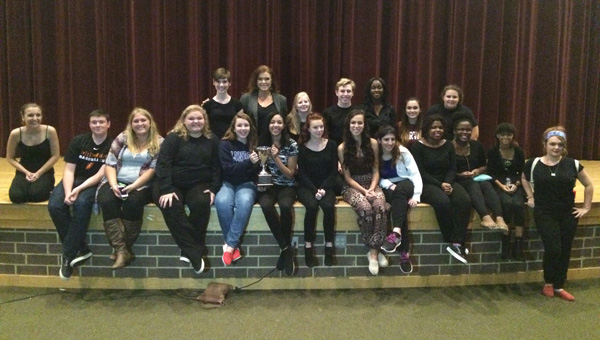 In addition, four Nansemond River actors were named all-conference. Cody Edwards and Amy Rice, both seniors, and Savannah Miller, a sophomore, received the honor, with Rodney McKeithan, a junior, being named top actor.

The performing arts program at the school has a full season planned, including productions of “Cinderella” and “Legally Blonde: The Musical.” They also plan to perform in the Virginia Theatre Association’s High School Theatre Festival, where the school’s team and its actors has won several major awards in recent years.

The Performing Arts Booster Club helps support the theater team, as well as the theater and choral classes. Money is raised for every production, and the booster club helps write grants, sell food and apparel and seek donors to cultivate productions and young artists.