Do you think Suffolk is boring?

Too few people per square mile. Lackluster nightlife. Options to get your workout on found wanting.

Those are the reasons Suffolk is Virginia’s fourth most boring city, according to real estate website movoto.com. 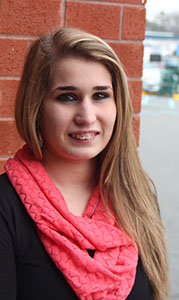 The company claims it arrived at the conclusion after scouring the U.S. Census and business listings. “We didn’t just pick these 10 boring places out of a hat — we let the magic of numbers do the work for us,” the website states.

Beating our fair city in Movoto’s boring stakes were Danville, topping the list, and South Riding and Short Pump, tying for second.

Movoto says it came up with 46 places in Virginia with a population of 20,000 or more. Then it whittled them down by considering nightlife, live music venues, parks and other “active life options,” arts and entertainment, fast food restaurants, percentage of young people and population density.

The largest city in Virginia was severely handicapped by that last factor, which Movoto says decreases the options for walking place to place. “Though we’re not sure you’d really want to,” the website adds.

“I love Suffolk,” said Gina Bass, 54, who has called it home for eight years. “I think it could have more for young children to do — teenagers, that sort of thing.” 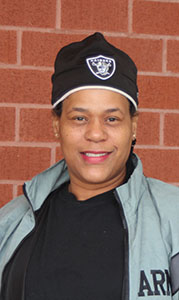 Latonya Moore, 48, proclaimed, “We are not boring. We’re family oriented. There’s not much entertainment, but there’s less crime.”

Any lack of happening nightspots — if that were the case — wouldn’t bother residents like 32-year-old Paul Burges, who described himself as a hermit.

“I really don’t participate in any nightlife,” Burges said. “It doesn’t concern me whether it’s boring or not.”

She said violence is to blame. “Whenever they try to give us somewhere to socialize, it gets out of control, the violence gets really bad, and it just makes it unsafe,” Askew said.

“I remember when I was a young teenager, they gave us a skating rink. But there were fights every weekend, so they closed it down.”

Kalyn Donnely, 16, said she and her friends escape to Chesapeake, which they consider less boring than Suffolk, as often as they can.

“There are no malls or anything here,” Donnely said.

Justin Doering, 23, said the retail landscape in Suffolk has a tendency to replicate. “We just keep getting the same stores,” he said. “Four mattress stores and four Verizons, all that stuff.”

(For the record, Suffolk has two Verizons: one downtown and one at Harbour View.)

Suffolk is a historical place with a lot of nice little restaurants, he said.

“It’s just people who don’t live here,” he said of the Movoto detractors.