One dead in officer-involved shooting 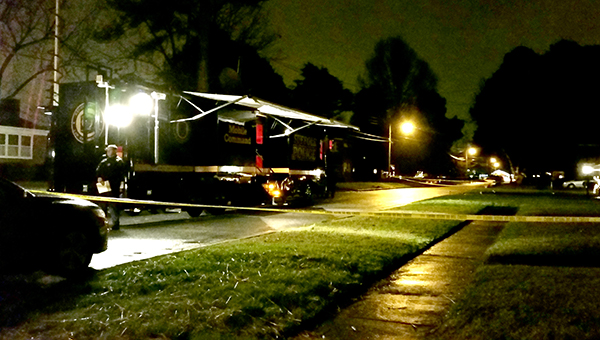 Officers work the scene of an officer-involved shooting on Causey Avenue Monday night.

One person is dead following an officer-involved shooting Monday evening.

Police dispatchers received multiple reports of an individual chasing people in the Lakeside neighborhood and threatening them while brandishing a firearm, city spokesman Tim Kelley said. The reports started coming in about 5:15 p.m. from the 300 block of Causey Avenue, Kelley said.

The first responding officer encountered the individual he believed was the suspect, Kelley said. A second officer arrived shortly thereafter.

“There was a brief encounter between the first arriving officer and the suspect at which time the officer shot the suspect,” Kelley stated in a press release.

The person received assessment and treatment by Suffolk Fire & Rescue personnel and was taken by ground ambulance to Sentara Norfolk General Hospital, where the person died, Kelley said.

He said police are conducting criminal and internal investigations into the shooting. The involved officers have been placed on administrative leave.