A Suffolk native who has persevered through hardship and risen to the top of her profession will have a book signing at her home church this weekend. 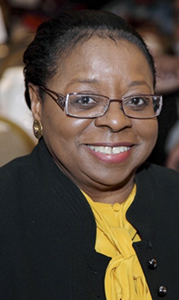 Dr. Margaret Ellen Mayo Tolbert was born in and raised in the Saratoga area. Her parents died young, so her grandmother cared for her and her younger siblings.

But when Tolbert was a young teenager, her grandmother died, too. She packed up her siblings and their belongings in a red wagon and moved to her older sister’s house in another part of Suffolk.

“Without calling or anything, we just moved in with her,” Tolbert said. “It was great being with her, because she could cook. There was always some good food there to eat.”

Rather than be devastated by the loss and poverty that pervaded her early life, Tolbert has risen above all of the challenges.

“I just didn’t stop,” she said. “Whenever there was an opportunity, I just took advantage of it.”

Tolbert attended Tuskegee Institute, now Tuskegee University, to receive her bachelor’s degree in chemistry with a minor in mathematics.

“When I graduated from high school, my ambition was to be a physician,” she said. “However, I revised that once I got to Tuskegee. They did not offer a medical degree.”

She went on to earn her master’s degree in analytical chemistry and returned to Tuskegee as an agricultural sciences technician, where she helped with research on chicken livers.

One day, she met a recruiter from Brown University in Rhode Island, who had come to recruit minority students to attend the college.

After much discussion, she drove from Alabama to Virginia, left her son with a couple that had been mentors to her, and took a bus to Rhode Island.

“On the day I arrived, it was snowing,” Tolbert said.

She earned her doctorate degree in three years and returned to Tuskegee, taking a job as a chemistry professor. She was soon promoted to associate dean of the school of pharmacy.

“I had this struggle,” Tolbert said. “Was it best for me to change from teaching to an administrative position?”

As it turns out, it was. That was when her career really took off.

From there, Tolbert earned a fellowship at the National Institute of General Medical Sciences and then became the first female director of the Carver Research Foundation at Tuskegee.

“I did a lot of interesting things,” Tolbert said.

She went on sabbatical leave from the foundation to work in oil research.

She then came back to the Washington, D.C., area and worked at the National Science Foundation. From there, she got the opportunity to travel to numerous foreign countries, including Austria, Belgium, Ghana, Liberia, Libya and South Africa.

It was also exciting because it brought her back to the area where her son lived.

Then came her stints as director of the New Brunswick Laboratory and Argonne National Laboratory before retirement in 2011.

In retirement, Tolbert still hasn’t found any time to rest.

She and some family members have established an education fund to help family members get their education. She’s also been writing her book, “Resilience in the Face of Adversity: A Suffolkian’s Life Story.”

She said the book took her about a year to write. She had to get approval from many other people named in and pictured in the book and also had to edit some parts out because her publisher was concerned they would be libelous.

She has sent sections of the book to many people for their input. “All of them had great advice. I just didn’t take all of it,” she said.

She said she got the idea to write the book because of her sons, two grandsons and a granddaughter.

“I have never told them the story of my life,” she said. “I decided to pull all of my facts together. It was a mammoth undertaking.”

On Saturday, Tolbert also will participate in the Black History Month Craft Fair from 1 to 4 p.m. at the North Suffolk Library, 2000 Bennetts Creek Park Road.