Recently, the U.S. Supreme Court took the unprecedented step of issuing a stay against President Obama’s massive “Clean Power Plan.” The court determined that states should not be compelled to pay the exorbitant costs imposed by the plan until a federal court determines its legality. 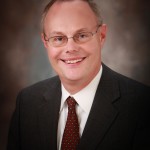 The ruling produced a huge sigh of relief from the 27 states currently suing to halt a large-scale transformation of their energy grid through one of the most far-reaching regulations ever imposed by the Environmental Protection Agency.

Essentially, states no longer need to scramble to reduce power sector carbon dioxide emissions 32 percent by 2030. Because the power plan had required interim targets set for 2022, however, many states were already bracing for the costs of building new power sector infrastructure.

Thankfully, states have been granted a reprieve. But Virginia, for some reason, has chosen to move forward with the task of rebuilding its entire power generation sector.

This means the state will still undertake the construction of new grid infrastructure, including the many new transmission lines and towers needed to carry electricity from planned wind and solar assemblies.

And so, even as Virginia, which derives 28 percent of its power from coal, begins to shutter its coal-fired power plants, it will need to build new coal or gas systems to backstop their projected wind and solar plants.

Why would Virginia bear this cost when it is now under no legal obligation to do so? The stay by the Supreme Court means that all compliance deadlines are now suspended, and the stay will remain in effect until the court has a chance to review the case following action by the D.C. Circuit.

In fact, the earliest decision from the court on the merits of the case would likely come in mid to late 2017.

But the stay is only part of the situation. The rule could be struck down on judicial review. Many legal observers view this as likely, since the point of granting the stay was to alleviate the obligation of states to develop plans and incur further economic harm.

The Supreme Court’s issuance of the stay can be read as reflecting a high level of dissatisfaction with the EPA’s legal basis for the rule.

Even in the event that the EPA ultimately prevails in court and the stay is lifted, the new compliance dates will most likely be delayed by the period of time that the stay was in effect. Or, with a new, less sympathetic administration, the entire rule could be set aside.

Apart from the costs, Virginia should consider that the goals of the Clean Power Plan are of questionable practicality. While the plan, as envisaged by the Obama administration, would shut down roughly 40 percent of America’s coal-fired power generation, the actual end result would yield only a theoretical 0.02-degree Celsius reduction in global temperatures by 2100.

That may be viewed as a cost-effective benefit for Washington, but not for Virginia.

Virginia would be wise to follow the example of those states that are rejecting the CPP as an expensive overreach of federal authority — and one with little practical or environmental benefit.

Terry M. Jarrett is an attorney with Husch Blackwell LLP, and a former commissioner of the Missouri Public Service Commission.

Good job on the AP test

In praise of George Washington Carver