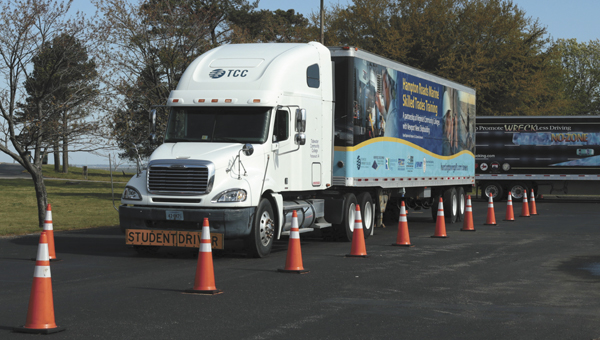 Drivers compete in a truck rodeo at the Tidewater Community College site in North Suffolk.

When Tidewater Community College moved out of its old North Suffolk campus in 2009, traffic through the gates dropped significantly.

But that doesn’t mean there’s no traffic within the facility.

Watch out for the trucks. 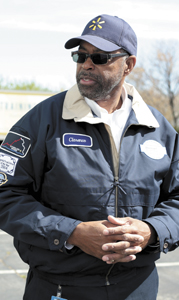 Clarence Taylor, a driver for Walmart and a member of the company’s Road Team, has more than 3.3 million accident-free miles at the wheel of tractor trailers.

The trucking industry has one of the highest demands for employees in Hampton Roads, where the average age of truck drivers is over 50, according to the Virginia College Navigator, which serves students, parents and community members interested in learning more about the value of a community college education.

Many of the men and women who will fill those jobs receive their training at the TCC Workforce Development Center, which is located in a building on the old campus in Suffolk.

By the time they leave the eight-week, hands-on program, those students are quite familiar with the narrow roads and wide parking lots that are scattered across the 444-acre site.

In April, a group of about 105 of the best truck drivers in Virginia had the chance to get familiar with the space, taking part in the two-day Virginia Truck Driving Championships.

“It’s very supportive of the community college … to encourage drivers” by setting up such an event, said P. Dale Bennett, president and chief executive officer of the Virginia Trucking Association, which sponsored the event and whose member drivers must have gone a year without any kind of accident — at-fault or not — in order to be eligible to participate.

Recently, especially, the organization is focused on recruiting.

“It’s about ‘what do we need to do to attract your generation?’” Bennett said of the organization’s attempts to get younger people to join the industry. “You can see the country and get paid to do it.”

But to continue to get paid, drivers have to prove they’re safe. 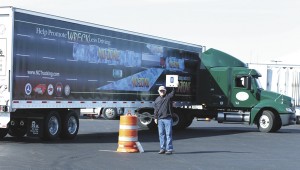 Scoring on one of six “problems” set up in a truck rodeo in North Suffolk recently was a lot harder than it looked, as drivers had to get very close to the cones and barrels without touching them.

Few on hand for the April event could prove that better than Clarence Taylor, VTA’s 2014 Truck Driver of the Year. With 3.3 million accident-free miles, Taylor is a member of the Walmart Road Team, a group of 20 or so drivers who travel around the country explaining how to safely share the road with truckers.

They use trailers outfitted with “No-Zone” paint jobs that show the areas where truck drivers have blind spots, and they let children and others sit in the driver’s seat to see just how real those blind spots really are.

As Taylor looked across the lot at cones and barrels arranged for a series of “problems” competing drivers had to face in the obstacle course during the weekend event, he chuckled.

“They’re trying to get as close as they can,” he said, noting that points were awarded for getting close to the obstacles without hitting them. “I just want to avoid them.”

Walmart has more than 7,300 drivers, including about 300 working from three Virginia locations, said Ricky Sharp, another member of the Road Team. Even the Road Team crew works to move merchandise between the company’s distribution centers and its stores.

“It’s an industry of good people,” said Bennett, whose father drove a truck. “And Hampton Roads has a port-centric trucking industry. The health and success of the port in Hampton Roads means so much to Virginia.”

But it still comes down to truckers.

“The country depends on us,” he said. “We’re the first mile and the last mile.”

A new approach to planning

It would be hard to argue that developers wishing for a piece of the action in modern Suffolk have faced... read more