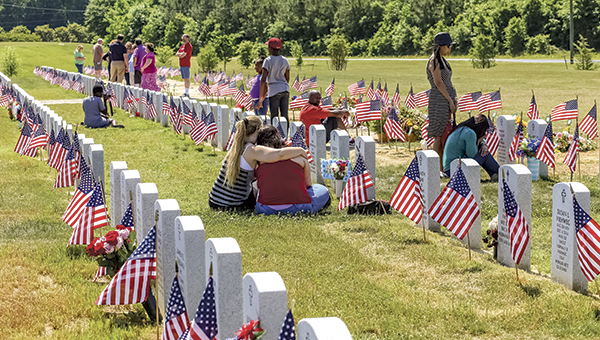 Memorial Day weekend is a time to reflect on and honor those members of the military who have given the ultimate sacrifice in defense of their nation, and Suffolk has no lack of events set to help local residents do so.

The weekend begins on Friday, when volunteers are invited to the Albert G. Horton Jr. Memorial Veterans Cemetery, 5310 Milners Road, to help place American flags on the thousands of gravesites at the cemetery. 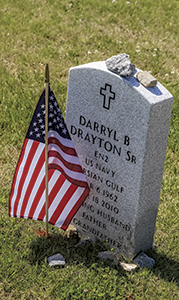 A flag is placed at each gravesite at Albert G. Horton Jr. Memorial Veterans Cemetery for Memorial Day. The effort will begin at 4 p.m. this Friday, and the public is welcomed to help.

Members of local organizations, including Boy Scouts and Girl Scouts, Ruritans, Veterans of Foreign Wars and the American Legion, are set to begin placing flags at 4 p.m. All are welcome to join them, said Dan Kemano, the director of Virginia’s veterans’ cemeteries.

“It takes a while to get the kids all out of school,” Kemano said. “That’s really what it’s all about, the education.”

Continuing on Saturday, the Suffolk Chapter 173 United Daughters of the Confederacy will have its annual Memorial Day ceremony at 10 a.m. in Cedar Hill Cemetery.

Dr. Brian Steel Wills is the guest speaker. He is director of the Center for the Study of the Civil War Era and professor of history at Kennesaw State University in Georgia.

He has written numerous books on various Civil War officers, as well as on portrayals of the Civil War in cinema. He is a descendant of a Confederate officer who served on the CSS Virginia.

Wills will also hold a book signing Saturday from 2 to 4 p.m. at All About Virginia and More, 120 N. Main St.

Also during the ceremony, a new headstone for a Confederate assistant surgeon, Dr. Laurence Augustine Stith, will be dedicated, and a descendant will be on hand for the ceremony. The Tom Smith Camp 1702 Sons of Confederate Veterans will dedicate a plaque for the flagpole.

On Monday, the Horton cemetery will host its Memorial Day ceremony at 10 a.m. The guest speaker is Gerald Rhoads, a member of American Legion Post 88, which sponsors the event.

Kemano said Rhoads is an active member of the post and in activities at the veterans’ cemetery.

“He’s been instrumental in their post participating in everything here since they opened the cemetery,” Kemano said.

Memorial wreaths will also be placed in honor of the fallen in each of the country’s major wars and conflicts, beginning with the Revolutionary War.