NSA valedictorian off to U.Va. 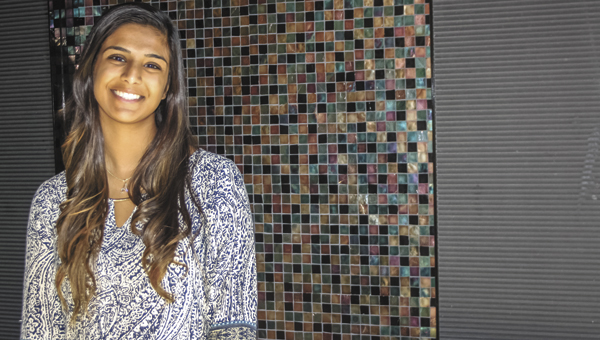 Anuja Shah, valedictorian at Nansemond-Suffolk Academy, plans to study medicine at the University of Virginia.

Editor’s Note: This is the fourth in a series of five stories on the valedictorians of the five high schools in Suffolk. Look for the remainder of the series in future editions.

Even as a child, Anuja Shah wanted to fix the world’s health problems.

Shah, who graduates from Nansemond-Suffolk Academy on June 4, is valedictorian of NSA’s Class of 2016. She earned NSA’s top honor with a final average of 98.2.

This fall, she will head to the University of Virginia, with plans to major in neuroscience or public health.

Growing up, Shah and her family traveled to India every couple of years to visit her grandparents. Those trips exposed her to that country’s struggles with public health, poor sanitation and poverty unlike what she had seen in the United States, according to Shah.

“I remember thinking these are kids, just like me, and wanting to be able to help them,” Shah said.

Those experiences helped fuel her desire to follow in the footsteps of her father, Dr. Hemang Shah, a neurologist, she added.

“I want to go on medical mission trips to South America,” said Shah, who also wants to learn Spanish during her undergraduate years. She plans to spend part of the summer volunteering in local medical offices to get experience.

Shah said she chose UVA because of its accessibility to a medical campus and its large, diverse student body.

Although she will miss NSA’s close-knit academic community, Shah says she is excited about the new experiences, new faces and personal growth that await her.

Shah says she will remember that her foundation came from her 12 years at NSA.

“I hope everyone will remain a part of the NSA community,” Shah said. “Every principle and value … that we didn’t learn from home, we learned at school.

“They molded us into the people we are going to become.”

Shah said she recently heard a speaker whose points hit home with her.

“Remember to appreciate and be grateful for the opportunities that you have been given,” Shah said. “…If you are willing to put in the work and time now, you will be rewarded so much more later.”

An event that started last year is back again this year to bring big-name gospel music acts to Suffolk. “This... read more