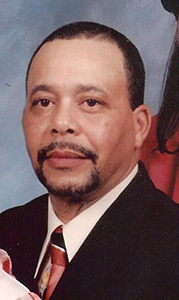 John was a 1969 graduate of Booker T. Washington High School. He attended Tidewater Community College. He was the first young black foreman at Planters Peanuts and was employed at G.E. for several years. He retired from Smithfield Packing Company after 17 years. John was a member of East End Baptist Church.

A funeral service will be held at 2 p.m. Saturday, June 4, 2016, at East End Baptist Church officiated by the Rev. Michael Frazier. Interment will be in Carver Memorial Cemetery. Professional services with dignity entrusted to Crocker Funeral Home Inc. Condolences may be extended to the family at www.crockerfuneralhome.com.

Minister Parneshia Reid Gatling, 38, entered into eternal rest and peace on May 29, 2016, at her residence. She was... read more