Anthony Ellery Knight, 55, of 4112 Conway Circle, Virginia Beach, departed this life at his residence. He was born in Washington, D.C., and moved to Carrsville at an early age. He was the son of the late John Frank Knight and Mary Jones Knight. 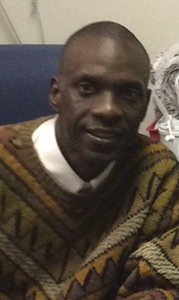 He joined Pulaski Baptist Church at an early age. He was educated in the public schools of Isle of Wight County, graduating from Windsor High School. He attended Norfolk State University. Anthony was a former member of Boy Scout Troop 91 and the Carrsville Community Day Committee. He played with the Carrsville Woodpeckers Baseball Club as a pitcher, first baseman and outfielder. He was a pitcher for the Franklin Tidewater News Post 183 baseball team and was named to the all-star team. He was a pitcher for the Norfolk State University baseball team and made history as the first Norfolk State pitcher to defeat the Old Dominion University baseball team. He was also invited to try out for the Baltimore Orioles baseball team. He was highly skilled shipfitter who was employed by various shipping firms, most recently Down River Inc., based in Norfolk.

The funeral service will be held at noon, Monday, June 6, 2016, at Pulaski Baptist Church. He will be laid to rest in Knight Family Cemetery. Professional services with dignity have been entrusted to Crocker Funeral Home. Condolences may be extended to the family at www.crockerfuneralhome.com.