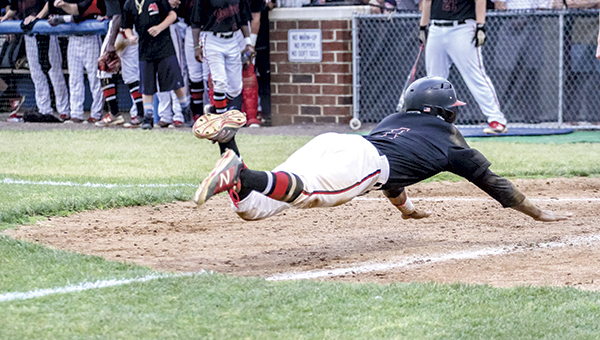 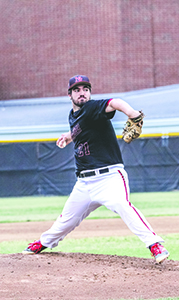 “It’s the first time since I’ve been here that we’ve been in the top four teams in the state,” Stuffel said. “We’ve always been knocked out when it got down to eight teams.”

Early in the game, Mills Godwin had some momentum, but in the second inning, thunder sounded and the game was delayed for 30 minutes. It was in that time that the Warriors loosened up and prepared themselves to take over the game.

“Before the rain delay, Mills Godwin was really starting to get rolling, and then the lightning struck and it killed their momentum,” Stuffel said.

The Warriors scored four runs in the second inning, giving them a slight cushion.

Pitching for the Warriors was Matt Holt, who threw for five innings with six strikeouts. Andrew Halmrast came in for the last two innings. Johnny Mayer, Wil Davis and Jarrett Henderson all had two hits.

Even though Mills Godwin struggled defensively, which the Warriors were able to take advantage of, Stuffel described them as a good ball team.

“The other team was solid,” he said.

Stuffel was more focused on the team than on his milestone victory.

“It’s neat as a coach, but I’m more proud of the regional championships,” he said.

“It’s a big game, I mean it’s the regional championship,” he said. “It’s huge, but that’s not what we set out to do. We set out to win the next two games. This is a group where we feel like we have the team to be able to win states.”

Nansemond River High School plays Potomac High School next. The date and location are still to be determined.

Nansemond River softball’s four-year lettermen started a winning tradition in 2013 that they sustained throughout their high school careers. The... read more